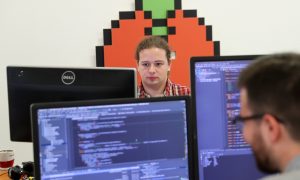 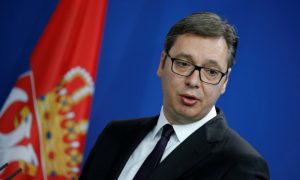 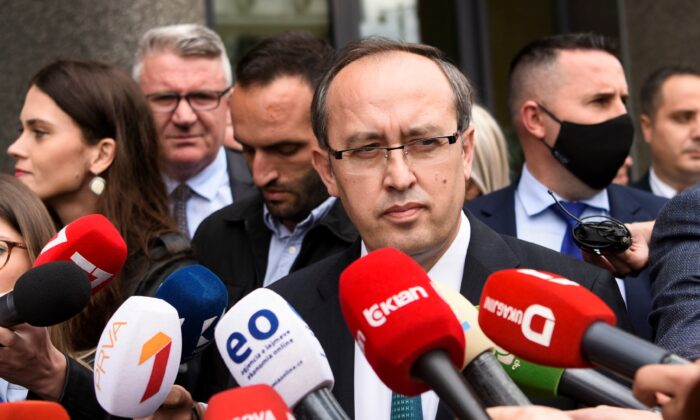 Newly elected Prime Minister of Kosovo Avdullah Hoti speaks to the media in Pristina after a parliament session on June 3, 2020. (Armend Nimani/AFP via Getty Images)
Europe

Kosovo PM Cancels Trip to US for Talks With Serbia

PRISTINA, Kosovo—The prime minister of Kosovo on June 25 canceled his plans to attend a White House meeting with leaders of Serbia following the indictment of Kosovo’s president on war crimes charges stemming from the 1990s armed conflict between the two Balkan countries.

Prime Minister Avdullah Hoti said he informed U.S. presidential envoy Richard Grenell of his decision, which is likely to torpedo the talks. Grenell had expected Hoti to fill in for Kosovo President Hashim Thaci and co-lead the talks with Serbian President Aleksandar Vucic.

Thaci called off his trip to Washington after learning on June 24 of the indictment charging him and nine other former Kosovo rebel fighters with crimes against humanity and war crimes, including murder.

Thaci has not returned to Kosovo yet, and his close staff could not say where he was or when he would be back home.

Grenell posted on Twitter that he understood Hoti’s decision to cancel participation on June 27’s discussions, and “we look forward to rescheduling the meeting soon.”

The White House meeting on June 27 was to be the first talks between Serbia and Kosovo in 19 months. Kosovo declared independence from Serbia in 2008, a move Serbia has not recognized. The United States and the European Union have been working to help normalize ties between the two countries.

The EU has been leading negotiations for nine years, and the Washington meeting wasn’t coordinated with Europe. EU spokesman Peter Stano didn’t comment on the White House talks on June 25. He repeated that the EU was committed to facilitating the dialogue and said it would resume in Brussels next month.

“There is no alternative to the EU-facilitated dialogue to address the normalization of relations between Kosovo and Serbia,” Stano said.

Hoti met June 25 in Brussels with European Council President Charles Michel to talk about visa rules, the coronavirus impact, and other issues.

On June 24, the prosecutor for the Kosovo Specialist Chambers said Thaci and the nine others “are criminally responsible for nearly 100 murders” of Serbs and Roma, as well as Kosovo Albanian political opponents. Other charges include enforced disappearance, persecution, and torture, he said.

A pretrial judge at The Hague-based court is studying the indictment and could still reject it if there’s not enough evidence to back it up.

Independent analyst Agron Bajrami said the future of the entire Kosovo–Serbia dialogue is in doubt.

“It will be very difficult for him (Thaci) to continue acting as a president, if not for anything else but for the fact that he cannot be part of the dialogue now that this has occurred,” said Bajrami.

Isa Mustafa, leader of the ruling Democratic League of Kosovo, said that the country’s political parties should first convene and talk before meeting with Serbia. He also called for all institutions to continue to operate normally, or “it would be an illusion we could continue toward an agreement.”

Thaci was a commander of the Kosovo Liberation Army, or KLA, which fought for independence from Serbia. The fighting left more than 10,000 dead—most of them ethnic Albanians—and 1,641 are still unaccounted for. It ended after a 78-day NATO air campaign that forced Serbian troops to stop their brutal crackdown against ethnic Albanians in Kosovo.

Those indicted include Kadri Veseli, former parliament speaker and leader of the opposition Democratic Party of Kosovo, who said he considered the indictment politically motivated.

The indictment was the first made by the prosecutor of the special tribunal for Kosovo based in The Hague. The court has been operating since 2015 and has questioned hundreds of witnesses. Another Kosovo prime minister resigned in 2019 before he was questioned.

Hysni Gucati, head of the war veterans organization, accused the Special Court of being “a racist court because it is unilateral.” He mentioned some 460 massacres, more than 16,000 dead, including 1,200 children and 200,000 houses burned during the 1998–1999 war.

He also said the court was politically motivated and the indictments were likely an act of revenge by Europe, which was left out when Thaci turned toward the U.S. to take the leading role in the dialogue.

Tensions between Kosovo and Serbia remain high. European Union-facilitated negotiations to normalize their relations started in March 2011 and have produced some 30 agreements, but most of them have not been observed.