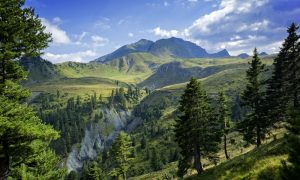 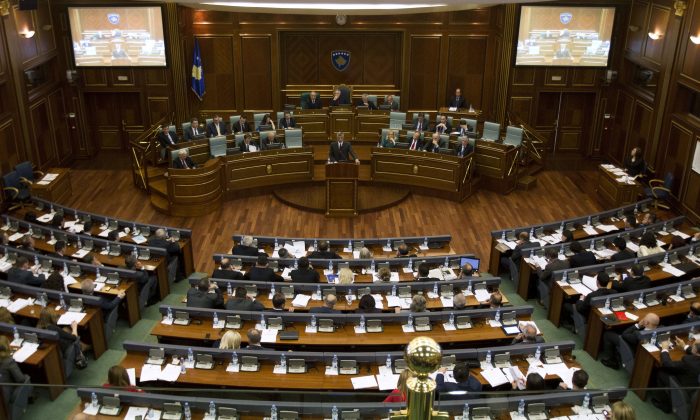 PRISTINA, Kosovo—Opposition lawmakers in Kosovo have again disrupted parliament with tear gas, in a continuing protest against deals with Serbia and Montenegro.

Glauk Konjufca of the main opposition Self-Determination Movement Party on Monday said party members won’t allow sessions to be held until the government renounces a deal with Serbia giving more powers to ethnic-Serb communities in Kosovo and another with Montenegro on border demarcation.

“There will be confrontation. We shall not allow holding of the assembly sessions,” Konjufca said when he was told the governing majority would hold the session in another hall.

In the past three months, the opposition has disrupted parliament with tear gas, pepper spray, whistles and water bottles.

Two of its lawmakers are under arrest and arrest warrants have been issued for two others.

Police reported they had arrested an opposition lawmaker after finding two tear gas canisters with him.

Parliament Speaker Kadri Veseli could not launch the session when the tear gas canister was opened. He urged the opposition not to disrupt the works this week, when they are expecting U.S. Secretary of State John Kerry to visit Pristina.

The government of Prime Minister Isa Mustafa has accused the opposition of trying to come to power by force.

The Constitutional Court has suspended the deal with Serbia until it rules on whether it breaches the constitution while the government also has said it will ask for international expertize for the border demarcation with Montenegro.

Kosovo and Serbia are holding EU-mediated talks to overcome their differences. Kosovo in 2008 declared independence from Serbia, an act that Serbia still rejects.