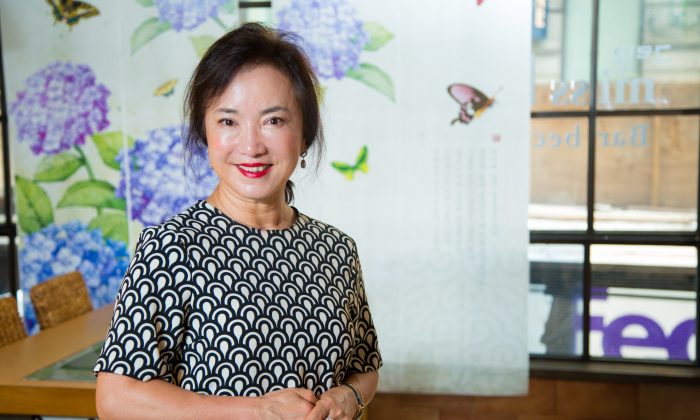 When Sophia Lee opened her first restaurant in New Jersey in 2002, she had no prior experience running a food business. Neither did she have much experience cooking.

“My mother-in-law didn’t want anyone touching stuff in the kitchen,” Lee said. “So I never had a chance to learn.”

But Lee’s longing for food from her native South Korea ignited a passion for serving meals that comforted the soul.

Healthy, hearty, traditional Korean food gave Lee solace and energy when she struggled to adjust to life in America. She wanted to offer that same transcendent feeling to her customers.

For example, at miss Korea—Lee’s tribute to Korean culture and cuisine located in Manhattan’s Koreatown—they serve dishes that were once reserved for South Korean royalty.

The food is meticulously prepared using fresh ingredients, so the restaurant serves seasonal menus according to the produce available at different times of the year.

Lee tries every dish to make sure everything is just right. Hailing from the capital city of Seoul—where food is not as spicy as the southern region, nor as mild as the north—Lee prefers flavors that are not too overbearing.

“We all have the right to eat palace food, because we work so hard,” Lee said. “And we have to live as long as we can.”

This week, on Thursday, June 25, miss Korea is celebrating its fifth year anniversary.

Within five short years, miss Korea has expanded from the initial ground level, to occupy three floors, each floor with its own character.

To express appreciation for her customers, Lee will give the first 1,700 patrons who come in on the day of the celebration a specially designed hand towel.

In front of the restaurant, people can pose for photos in a cutout poster of a couple in traditional Korean costume. Those who upload the photo onto miss Korea’s Facebook page get a chance to win a $100 restaurant gift card.

Customers will also be treated to rice cakes and a tea tasting ceremony, to be held in the evening.