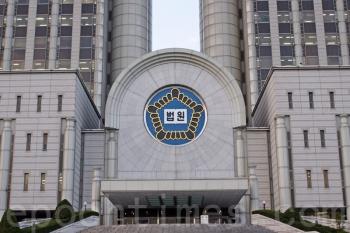 Jin Guohuan
View profile
Follow
biggersmaller
Print
SEOUL, SOUTH KOREA—In a landmark case, the Seoul High Court ruled in favor of a Falun Gong practitioner, granting her refugee status. The woman is a Chinese national who started to practice Falun Gong after she entered the Republic of Korea, also known as South Korea.

This is the first granting of refugee status in South Korea for what is legally called, “refugee sur place,” and the first time an Asian court has ruled in favor of a Falun Gong practitioner.

Refugees sur place are not typical refugees, who seek asylum in a country that will take them in. They become refugees only when they realize after leaving their country, they would likely be persecuted upon return.

The plaintiff was a Chinese national who went to South Korea in 2001, became a Falun Gong practitioner in 2004, and was rejected refugee status in 2009 by the Korea’s Ministry of Justice. She later appealed to the Seoul Administrative Court, but lost the initial ruling. She continued her appeal. taking it to the Seoul High Court, which overruled the lower court’s earlier decision and granted her refugee status.

The Seoul High Court acknowledged the facts listed by the plaintiff, including that “the Chinese government initially took on a relaxed stand towards Falun Gong practitioners until the regime was alarmed by the exponential growth of the number of practitioners. The persecution became official in July 1999 when China’s Ministry of Public Security issued a notice declaring Falun Gong as illegal and banning Falun Gong practice and publications.”

The High Court also acknowledged the plaintiff’s quotations from the UN Human Rights Report, Amnesty International, US Congress, European Parliament, the Office of the UN High Commissioner for Refugees, and the Human Rights Law Foundation.

Based on internationally known facts, the Seoul High Court states that the Chinese regime is still utilizing its national security apparatus, prisons and labor camps to persecute Falun Gong practitioners, and those who print or distribute Falun Gong materials. The High Court acknowledges that the persecution is systematic and organized by the Chinese Communist regime.

Mr. Jin, who represents the plaintiff, said that this ruling shows the Chinese regime’s 12-year-long persecution of Falun Gong is considered illegal by the Korean High Court.

Ruling First of Its Kind in Asia

The Seoul High Court’s ruling in favor of a Falun Gong practitioner’s refugee status is highly significant, as it the first in Asia. Spokesperson for the Korean Falun Dafa Association, Dr. Wu Shilie said, “The High Court has taken one large step forward towards protecting the human rights of refugees. Previously, many similar cases which would have been granted refugee status by the Western democratic countries were rejected. Therefore, this ruling by the High Court is very positive progress.”