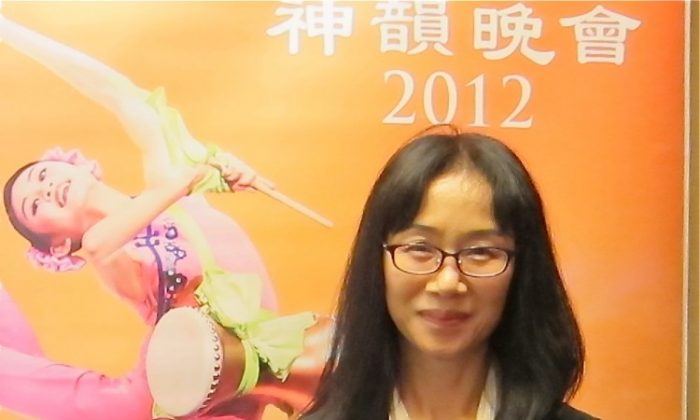 “The music, movements, and costumes are all very gorgeous and beautiful; this is the first time I experienced this,” the popular Korean artist said of the New York-based company.

Shen Yun is hailed across the globe as the world’s premier of classical Chinese dance as well as ethnic and folk dances that feature handmade colorful costumes and head attire that span many dynasties.

“The colors are gorgeous; the movements are very synchronized and soft … The soprano was very powerful; the erhu player and the tenors were powerful as well,” she said.

“The legendary stories in Shen Yun are very moving to me; they can touch my heart. I have read the books [about the legends] before, and seeing the programs gave me new interpretations,” she said.

She summed up the Shen Yun performance: “This kind of performance is very precious […] The female dancers are excellent. I will strongly recommend this to my friends.”

Ms. Park has held many art shows in NY, Busan, Incheon, Seoul, Japan, Geneva, Brussels, and Paris, and is very influential in the Korean community, according to her website.