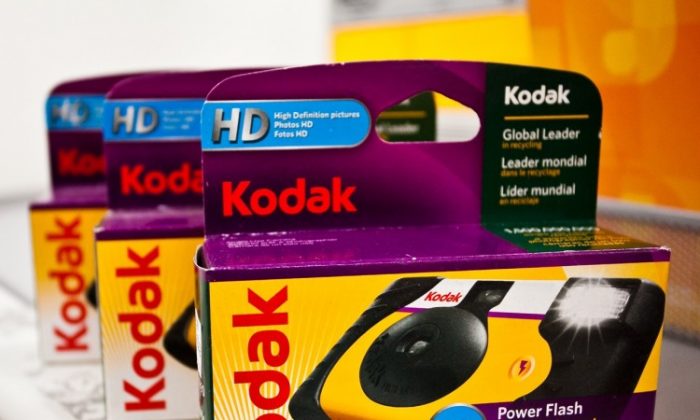 Commentators considered the fate of the Rochester, New York-based company to be inevitable, with listed assets of $5.1 billion and a debt of $6.8 billion according to the Chapter 11 documents lodged in the U.S. Bankruptcy Court in Manhattan, N.Y.

“Kodak is taking a significant step toward enabling our enterprise to complete its transformation,” Antonio M. Perez, chief executive officer since 2005, who was a former Hewlett-Packard executive, said in a statement.

The evolution of digital printing has undermined the foundation of Kodak’s business, which was based on film and printed photography. Even inventing the handheld camera was not enough of a legacy to sustain the company’s existence. However, Kodak Theater is still home to the Oscars in Hollywood, and the company has been able to remain a prominent supplier of film to the movie industry.

Kodak has been around since the 1880s, and created the first digital camera in 1975 but pulled back the technology in case it cannibalized its successful film product at the time.

Currently the company has 17,000 staff, of which 9,100 are based in the United States. The once leading camera legend had up to 145,000 employees in the 1980s when it was one of the most successful companies in terms of profits and innovation, and was a mainstay of the Dow Jones Industrial Average stock index.

New York Gov. Andrew Cuomo voiced his dismay in a statement about the former photography company’s demise: “The announcement that Kodak is filing for bankruptcy is difficult and disappointing news for the city and people of Rochester. … This is a time for all of us at all levels of government to come together and work with the private sector to support Rochester’s growth.”