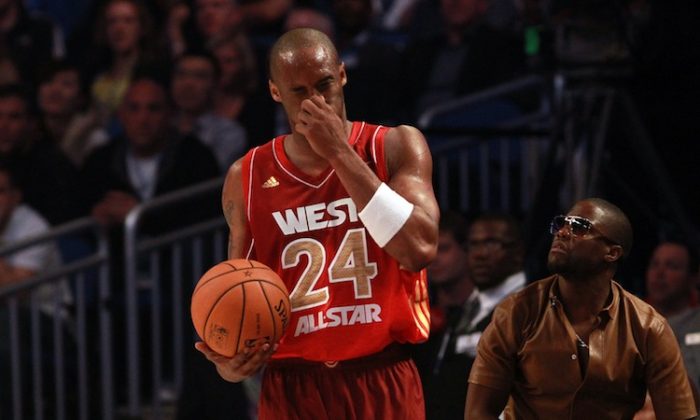 Lakers starter Kobe Bryant, who was injured during Sunday’s All-Star game in Orlando, had a CT scan after the game, revealing a broken nose, according to a report on the NBA’s website.

Bryant was seen bleeding at the free-throw line in the third quarter after a hard foul by Miami’s Dwayne Wade. Bryant actually made both free throws and in the process tied Michael Jordan’s record of 262 career all-star points scored. Bryant later passed the 13-time all-star Jordan with a dunk to give him 20 for the game—his 14th all-star contest—and finished with 27.

Currently Bryant leads the NBA in scoring at 28.4 points per game as he seeks his third scoring title.