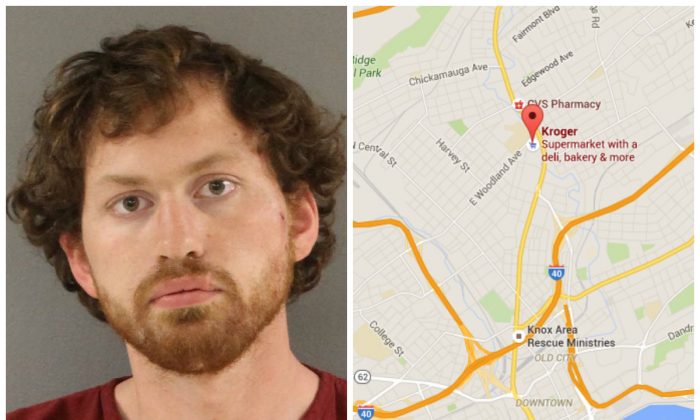 KNOXVILLE, Tenn.—A man in Tennessee has been arrested after authorities say he tried to rob a Knoxville police officer who was sitting in an unmarked police car.

Citing a police report, the Knoxville News-Sentinel says the officer was sitting in the driver’s seat of his car in a parking lot Saturday when 22-year-old Brandon A. Williams opened the passenger door and demanded money.

Police say the officer identified himself and drew his weapon, prompting Williams to flee before being caught.

Williams has been charged with attempted robbery, assault, evading arrest and resisting and possession of drug paraphernalia. It is unclear whether he has an attorney.