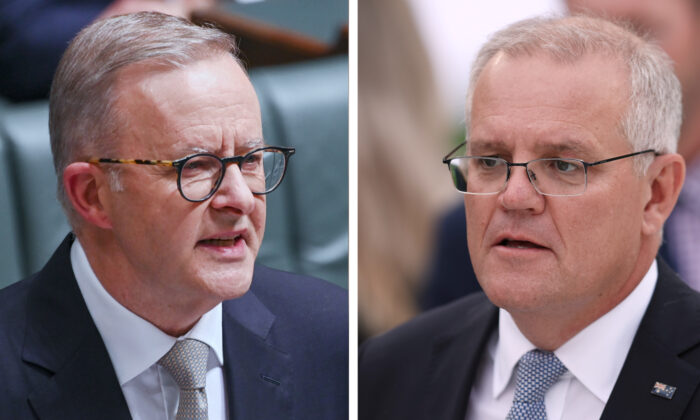 Knowing Your Left From Right

It’s astonishing how the old left-right political polarity influences not only our lives as political animals (to play with Aristotle’s famous definition) but also our thinking about social and moral questions.

You can usually spot a person’s beliefs from one bumper sticker. One favourite fashionable belief usually lines up with a whole raft of other sometimes unrelated but predictable dogmas.

For example, left wingers are disposed to think that climate change is an “existential threat,” that the killing of infants prior to natural birth is OK and may even be socially responsible, that conventional bonds such as marriage are outmoded, that gender is fluid, that animals should have rights commensurate with our own (particularly if they’re whales or koalas), and that opinions deemed false should be cancelled and silenced.

As for those on the right, what do they believe? It’s a strange thing, but their beliefs are often remarkably similar. Sure, they have different heroes and villains but many on the “new” right, at least, share some important views with the left.

Neither group seems to hang on to a strong belief in what used to be called the sanctity of marriage. Abortion has never been a big concern for the left or the secular right. All are sentimental about animals—you can find plenty of vegetarians on both sides of the socio-political divide. You would have to be seriously naive to imagine that dictatorships and oligarchies are the exclusive property of either wing. And if you think that the right (moderate or far) is keener on freedom of speech you’re dreaming: they might disagree on what constitutes misinformation, but they would suppress it if they could.

The late Arthur Calwell, a former Australian Labor Party (ALP) leader, once insulted an American diplomat by saying that U.S. voters had to choose between two bottles (Democrat and Republican) with the same contents but different labels.

It’s not very different now in Australia, as the Liberals swing towards the trendy left, and the Labor Party market themselves as steering away from socialism.

There was a time when the gulf was wide. The left was the natural orientation of the poor and the workers; the right was the preserve of wealthier people with business interests. It wasn’t a hard and fast distinction (Hitler was a hero to many working-class Germans) but there was some truth in it.

In recent decades that gulf has narrowed to a vanishing point, at least in the prosperous West.

ALP Leader Anthony Albanese recently declared that he was a “working-class boy, equally at home on a company board or in the pub.” Old Labor men like Ben Chifley would turn in their graves at that! Labor leaders as company directors, investors, landlords, employers? Almost inconceivable a few generations ago, it’s now commonplace. Conversely, there are men and women on the right who can more than hold their own in the virtue-signalling stakes.

Today, dedicated devotion to a noble cause may be a less powerful driver than the urge to distance yourself from something that embarrasses you.

People on the left seem to have no ongoing interest in nationalising industries, in fact, they’re as likely as anybody else to invest in industry, property and shares, but they react very badly if anyone calls them out as capitalists!

People on the right also want to be on-trend, and dodge any suggestion that they are just old-fashioned social conservatives. They may not be swayed by the claims of the climate alarmists, but are careful to look clean and green, and to avoid identification with so-called “deniers.”

Thus, being on trend is the principal goal of both left and right; both vie for what passes as the moral high ground.

This is bad news for genuine conservatives who have a principal orientation and focus that is neither politically left nor right. Such people hold views on some issues that are generally characterised as left, and some that are usually associated with the right.

For example, people who call themselves “Christian Socialists” may not always have lived up to their name, but the essence of their belief is religious faith (commonly written off as commitment to the “religious right”) and strong opposition to capitalism and the abuse of private property. They are more likely to think for themselves and make decisions that are not fashion-driven, but based on ethical, religious, or scientific criteria. As a consequence they have to contend with a high degree of hostility from both the left and the right spectra: for many today, “conservative” has become a dirty word.

But true conservatives don’t just let that happen: intervention is needed and they work to keep it in top condition. They scrape out flaking and faded paint, and gouge out areas of corruption. They may sometimes have to change the brand of paint. Eternal vigilance is called for.

On this analogy conservatism is an active process rather than mere pigheaded neglect and a yearning for “the good old days.” It’s analytical too, distinguishing those things that are good in essence from particular ad hoc maintenance strategies to keep them in good condition.

Former British Prime Minister David Cameron once said that he supported same-sex marriage not in spite of being conservative, but because of it. Not everybody would accept his judgement on that point, but you can respect it because it indicates a willingness to distinguish the really big picture from stuff on the periphery: not every hill is worth dying on.

Conservatives feel this keenly and believe they have obligations to generations past and to come.

The enemies of conservatism are those who, often driven by a deep resentment of traditional values, prefer to uproot established customs and replace them with something—anything—perceived to be better. And these enemies of society are to be found on both wings of politics.

To my mind, the most dangerous of all are those whose rampant materialism and lust for money and possessions have almost smothered their social consciences, yet left behind a spark of guilt that is tidily assuaged by devotion to the modern pseudo-religions of political correctness.