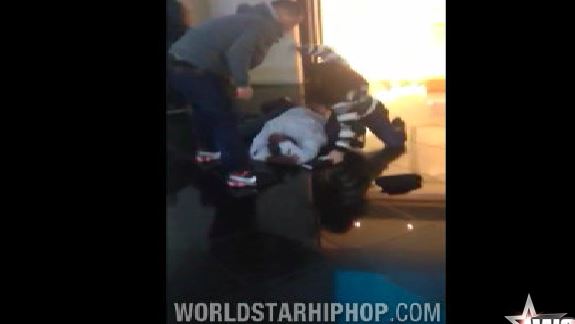 Knockout Game: Does Video Show Woman Beating Man Who Tried to Knock Her Out?

A cellphone video may have captured a “knockout game” attack, but this attack had a surprising twist. The man who tried to knock out a woman ended up getting beaten by her. The woman’s boyfriend also jumped into the attack.

The vicious “knockout game” has been around since as early as 1992, a previous Epoch Times investigation showed, but has been making headlines recently with an uptick of incidents.

At the end of the video, the man who purportedly tried to attack the woman is lying on the ground after getting beaten. He has a bloody nose.

The video was uploaded to the blog WorldStarHipHop.com, and has received over 2.4 million views.