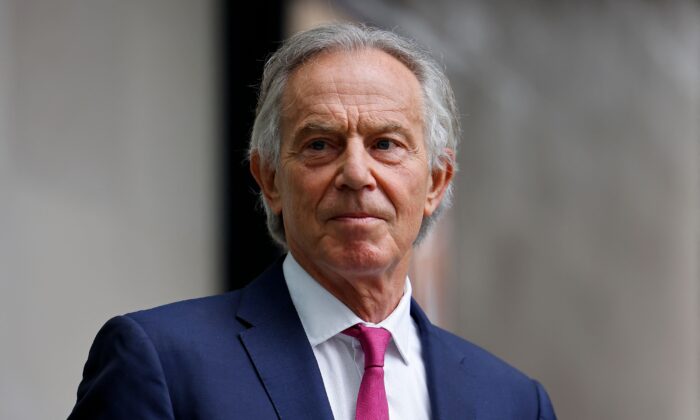 News that former UK Prime Minister Tony Blair has been granted a knighthood by Queen Elizabeth sparked intense controversy in the British society, with over half a million people signing a petition calling for the honour to be rescinded.

Blair was made a Knight Companion of the Most Noble Order of the Garter, the oldest and most senior British Order of Chivalry, to which appointments are in the Queen’s gift without advice from the government.

The longest-serving Labour prime minister said he was “deeply grateful” to the Queen for the “immense honour.”

He added: “It was a great privilege to serve as prime minister and I would like to thank all those who served alongside me, in politics, public service, and all parts of our society, for their dedication and commitment to our country.”

Blair, 68, led Labour to a landslide victory in 1997, winning two subsequent general elections before quitting in 2007.

He was one of the most successful Labour leaders, but his record, especially his decision to take Britain into the Iraq war, has been deeply controversial, not least within his own party.

A petition set up on the Change.org website calling for Blair to be stripped of the appointment reached 500,000 signatures on Monday.

A statement on the website called Blair “the least deserving person of any public honour” because he “caused irreparable damage to both the constitution of the United Kingdom and to the very fabric of the nation’s society.”

“He was personally responsible for causing the death of countless innocent, civilian lives and servicemen in various conflicts. For this alone he should be held accountable for war crimes,” the statement said.

But Keir Starmer, the current leader of the Labour party, now in opposition, said Blair “deserves the honour.”

Speaking on Good Morning Britain, Starmer said: “I understand there are strong views on the Iraq war, there were back at the time and there still are, but that does not detract from the fact that Tony Blair was a very successful prime minister of this country and made a huge difference to the lives of millions of people in this country.”

She told LBC radio: “I think he did lots of good things. And I think it’s only right that we do honour our previous prime ministers. And he was prime minister for such a long time.”

Sir Lindsay Hoyle, Speaker of the House of Commons, has suggested that all former prime ministers should be offered a knighthood because “it is one of the toughest jobs in the world.”