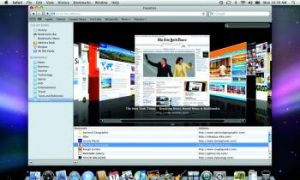 Safari 4: One Web Browser to Replace Them All
0 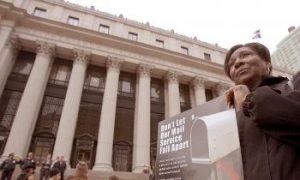 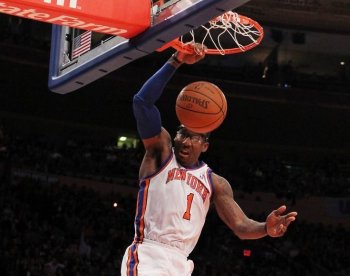 COMING THROUGH: Amar'e Stoudemire delivered the goods in the fourth quarter on Sunday against the Indiana Pacers. (Al Bello/Getty Images)
NBA

By Dan Pomerleau
Print
The New York Knicks (19–14) grabbed a hard-fought 98–92 home win against the Indiana Pacers (14–18) on Sunday to start the New Year on a high note.

The Pacers—who’ve had good road wins this year over top teams in the Los Angeles Lakers and Miami Heat—threatened to make it three losses in a row for the Knicks in what was a back-and-forth game.

But an Amar’e Stoudemire-led offensive push at the end of the game sealed the win for the Knicks. Stoudemire scored six of New York’s last seven points.

“This was a big game for us,” Stoudemire said after the game. “Indiana is right behind us as far as the playoff race. We understand how big this game was for us and in the fourth quarter we played with a sense of urgency and we were able to get the win.”

The Knicks were down by as much as nine points in the first quarter—the largest gap of the night—and had difficulty taking care of the defensive boards, allowing the Pacers to capitalize on second attempts.

The Pacers pulled down 15 offensive rebounds in the first half alone, surprising for a team, averaging a poor 9.7 per game.

Eventually the Knicks got their defense going to stop the Pacers run and pull ahead in the second quarter by as much as six points—their largest lead of the night.

Ronny Turiaf had given the Knicks a burst of defensive energy from the bench in the first half, delivering four blocked shots and grabbing six rebounds in 15 minutes of playing time.

“I’m just trying to provide energy, do the things I know I can do on the basketball court, and hope for the best,” Turiaf told MSG at the half.

But the Frenchman also went scoreless and missed a wide open dunk to the dismay of Knicks fans.

The Pacers tied the game back up at 51–51 with three minutes to go in the second quarter, and both teams traded foul shots for the rest of the quarter to keep the score even and finish 55–55 at the half.

Danny Granger had a terrific first half for the Pacers, leading with 19 points and 10 rebounds.

The see-saw action at the end of the second quarter continued in a fast-paced third quarter that saw 11 lead changes and seven ties. Neither team led by more than two points for the entire quarter.

The highlight of the third quarter came at the very end when Chandler finally scored his first field goal of the game in a half-court shot at the buzzer.

Gallinari suffered a left knee sprain midway through the fourth quarter when Pacers guard-forward Brandon Rush fell into him on a missed layup. The Italian forward was out for the rest of the game, but appeared to be fine after.

“There’s nothing to worry about,” Gallinari said after the game. “I felt a lot of pain right after the guy fell on my knee. But when I started to walk, the pain started to go down.” Gallinari was second in Knicks scoring with 19 points.

The fourth quarter remained very close in scoring, but the momentum finally shifted to the Knicks with less than five minutes to go when Tony Douglas hit a 3-pointer from the left corner after great ball movement.

A questionable technical foul was called against Turiaf on the next play when James Posey appeared to travel on a spin move in the paint but a personal foul was instead called on Stoudemire.

Granger missed the technical free throw though and the Pacers were unable to score on the possession, and Chandler then stuck another 3-pointer from the same spot as Douglas.

Posey answered with a 3-pointer of his own to tie the score at 90. But Stoudemire—who leads the NBA in fourth quarter scoring—came through offensively and the Knicks outscored the Pacers 8–2 in the final three minutes to seal the win.

“It was one of those nights where we had to grind it out,” Knicks coach Mike D’Antoni said. “I thought we did a good job when it was time to win the game.”

Danny Granger and Darren Collison scored 25 points and 22 points for the Pacers, respectively.