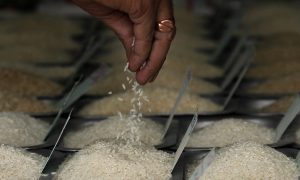 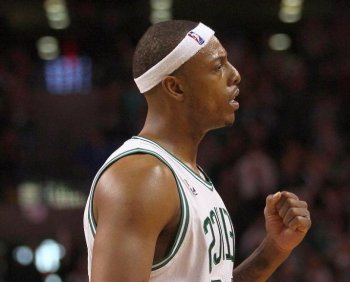 By Dave Martin
Print
For the first time since 2004, the sixth-seeded New York Knicks (42–40) are in the playoffs, and they face their old-time rivals and defending Eastern Conference Champions the Boston Celtics (56–26), with Game 1 on Sunday night at 7:00 p.m. in Boston.

A lot has changed since the Garden last hosted a Knick's playoff game. Lenny Wilkens was roaming the sidelines at the time, while 21-year-old Amar'e Stoudemire and 19-year-old Carmelo Anthony's stars' were just beginning to shine out west.

Chauncey Billups was named Finals MVP after his Pistons topped the Lakers, and right here in New York, Jason Kidd's Nets swept the Knickerbockers in the first round. The Knicks haven't been heard from since.

Boston, on the other hand, certainly has.

Winners of two of the last three Eastern Conference championships, the playoff-seasoned Celtics enter the series having won 8 of their last 10 postseason series dating back to their NBA Championship run of 2008.

But these Celtics are suddenly a little different, having traded away their anchor in the middle, center Kendrick Perkins, in exchange for forward Jeff Green.

Boston was 41–14 at the time of the deal, and were a mediocre 15–12 afterward as aging-center Shaquille O'Neal has been unable to fill the void … literally.

Due to various injuries, the former MVP has made just one appearance on the court for the C's since the beginning of February (34 games) and his status is still listed as day-to-day with a calf injury heading into the weekend.

The absence of Shaq could be just the break the Knicks need to win this best-of-seven matchup, though. Boston's other alternatives, Nenad Krstic and Jermaine O'Neal, don't bring to the table what the 7-foot-1-inch-325-pounder comes to play with—especially on defense.

Recently, these two teams just matched up in a meaningless game Wednesday night, as both squads rested their top players (save for Stoudemire) in order to be fresh for the upcoming series. Boston won the warmup match 112–102, giving them a 4–0 sweep for the season.

Stoudemire played 20 minutes in Wednesday night's tilt to get himself back in rhythm after missing the previous three games with an ankle sprain. The Knicks will need all they can get from their superstar power forward as Boston will likely guard him with defensive-menace Kevin Garnett.

The series could be fast paced depending on the availability of Boston's big men. Even before Shaq's latest injury, the Celtics rolled the dice on acquiring small forward Jeff Green with the hopes he could provide what one-time forward James Posey did for the Celtics in 2008 and allow them to play small with Garnett playing some minutes at center.

This lineup would play right into the Knick's and Mike D'Antoni's sweet spot, of course, as the league's second-leading scoring team (106.5 points per game) would rather have a wide open style than having to deal with a mammoth center hogging up space in the middle.

Either way, the Knicks have been building up to this moment for the last 12 months and appear to have everything aligned for an upset.

After signing Stoudemire and acquiring Melo and Billups from Denver, this kind of matchup is what the Knicks have dreamed of. They still have a weakness at the center position (as does Boston) but 27-year-old Melo versus 34-year-old Paul Pierce may be a matchup they can exploit. At the guard position, Chauncey has lots of game left for a 35-year old and he shines in the postseason as evidenced by his Finals MVP trophy.

Emotion-wise, Mike D'Antoni's team is in pretty good shape after riding the confidence wave of a recent seven-game winning streak, while the Celtics look like they still haven't adjusted to not having Perkins in the middle.