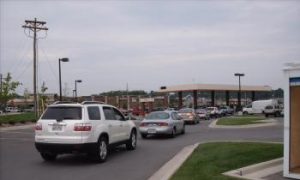 Gas Stations Low on Gas in Nashville and Environs
0 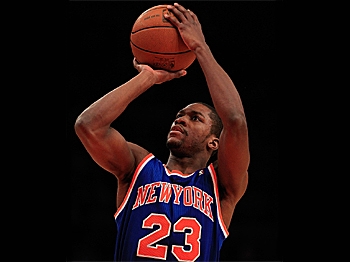 CLUTCH SHOOTING: Toney Douglas's 3-pointer at the end of the fourth quarter pulled the Knicks back on top of the Philadelphia 76ers on Wednesday night. (Chris Trotman/Getty Images)
NBA

By Dan Pomerleau
Print
The New York Knicks (40–38) captured another decisive win on Wednesday night with a 97–92 defeat of the Philadelphia 76ers (40–39), extending their win streak to five and supplanting Philadelphia for the sixth seed in the Eastern Conference.

On Tuesday night it was Toney Douglas who led the Knicks to victory against the Toronto Raptors, but on Wednesday it was nearly all Carmelo Anthony, who recorded a double-double with 31 points and 11 rebounds.

Fifteen of those points came in the third quarter as Anthony again lit it up from beyond the arc as he did in Tuesday’s game. Douglas would have a key moment late in the fourth quarter, though.

The Knickerbockers held a commanding lead for most of the game, with the 76ers trailing from the midpoint of the first quarter until a brief one-point lead at the end of the fourth quarter. The Knicks had blown a 19-point lead at that point, with Elton Brand and Thaddeus Young leading the comeback by Philadelphia.

Philadelphia’s surge came off pure hustle basketball as Brand and Young beat New York to the ball and outran them on transition offense for a string of seemingly easy layups in the final minutes of the game.

Anthony had been mostly quiet for New York up to that point in the fourth quarter, coming off the bench with his fourth foul after his phenomenal third quarter.

But Douglas was there to answer the call and knock the life out of the frenzied Philadelphia crowd, draining a decisive 3-pointer with under two minutes to go in the game to pull New York back up 90–88.

New York would extend the lead to four points until Andre Igoudala hit a huge 3-pointer to bring the 76ers back within a point with 35 seconds on the clock. But then Anthony stepped up as he so often does, answering with his own 3-pointer to seal the Knicks win.

Anthony’s 31 points was backed up by 18 points from Amar’e Stoudemire and Douglas’s 17 points. Young led the 76ers with 25 points from the bench and Brand scored 24 points.

New York has four games to go in the season, with New Jersey on Friday, Indiana on Sunday, and then tough back-to-back home and away games against Chicago and Boston on Tuesday and Wednesday.

Philadelphia has the easier schedule with just three games, Toronto on Friday, Orlando on Monday, and a day of rest before Detroit on Wednesday. The Orlando game will be tough, but not nearly as tough as New York’s consecutive games against the Eastern Conference’s top two teams.