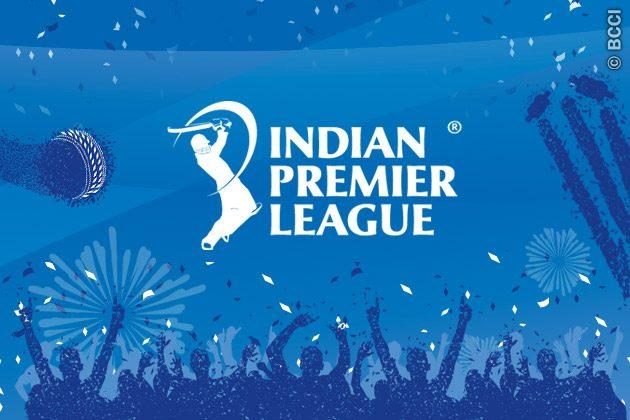 It’s KXIP vs KKR in the first match of the Indian Premier League playoffs on Tuesday, May 27.

UPDATE: The match, postponed until Wednesday due to rain, ended with the Knight Riders winning by 28 runs.

The Kings will now go to the Qualifier 2, where they will face the winner of the CSK-MI Qualifier 1.

The Knight Riders have advanced to the final, where they await the winner of the Qualifier 2.

“Powerplay: KKR bounce back after losing the toss and their skipper

“Earlier, George Bailey won the toss and chose to field first at Eden Gardens. The decision paid off as Mitchell Johnson struck in the second over to get rid of Gambhir (1). But Robin Uthappa and Manish Pandey then partnered to bring the innings back on track. Riding high on his great run during the league stage, Uthappa raced away to 37 off 21 deliveries during the powerplay. Even Pandey joined in the action – albeit a bit later – as KKR posted 55 for one in the first six overs.

“During this period, barring the first two overs – which cost a combined five runs – every other powerplay over yielded at least nine runs. In fact, the fourth over, bowled by Johnson, went for 17, including two fours and a maximum by Uthappa.

“KXIP did much better initially with the field spread out. Against the run of play, Akshar Patel conceded just three runs off the seventh over. And while KKR scored nine runs off the next over, Akshar dismissed the dangerous Uthappa (42). And off the very net ball, the KXIP spinner bowled Pandey (21) out, leaving KKR on 67 for three after nine overs. And at the halfway stage, the scorecard read 73 for three, with Shakib Al Hasan and Yusuf Pathan in the middle.

“Yusuf then survived a close leg-before shout in the next over, off Johnson. But the big-hitting batsmen did get into the groove, and after playing a few iffy shots, struck a six in the 14th over. However, soon thereafter, Shakib (18), who was looking to emulate his batting partner, ended up holing out to David Miller off the bowling of Karanveer Singh. And then, for a second time in the game, KKR lost two wickets in two balls off a spinner, as Yusuf (20) also got out off the leggie while trying to dispatch him over the ropes. Thanks to the two double-blows, the middle overs saw KKR score 57 runs for the loss of four vital wickets, with the scorecard reflecting 112 for five after 15 overs.

“With two new batsmen – Ryan ten Doeschate and Suryakumar Yadav – at the crease, KKR looked to accelerate in the last five overs. However, their attempt was initially interrupted by a spell of rain. And then, even Akshar, who bowled the 16th over, muzzled the batsmen, giving away just two runs. But Yadav unleashed in the next over, striking a six and a four, helping KKR plunder 14 from it. ten Doeschate then took a leaf out of his partner’s book and smashed two maximums off Karanveer, before the young spinner cleaned up Yadav (20) , leaving KKR on 145 for six after 18 overs.

“Johnson then got rid of ten Doeschate (17) and conceded only three runs off the 19th over. And while Sunil Narine (0) was run out, Piyush Chawla (17*) – courtesy three fours – plundered 15 runs off the final over to push the KKR total to 163 for eight.

“For KXIP, Karanveer picked up three wickets for 40, whereas Akshar claimed two wickets, but conceded only 11 runs during his entire spell.

“Even KXIP suffered an early loss as Virender Sehwag (2) was dismissed by Umesh Yadav in the second over. But Manan Vohra (26) then took the attack to the KKR bowlers. The young opener struck three maximums, until his departure – off the bowling of Morne Morkel – in the sixth over. During his brief stay in the middle, he was well-supported by Wriddhiman Saha as KXIP posted 46 runs in the first six overs, despite losing both their openers.

“The middle stretch could not have started better for KKR as Umesh trapped the dangerous Glenn Maxwell (6) leg-before in the eighth over. Saha and David Miller then joined forces. Given the perpetual threat of rain, they had to keep an eye on the Duckworth-Lewis equation while steadying the run-chase. At the halfway point, they helped their side to 68 for three – 96 runs adrift of the target.

“And while Saha (35) was looking solid and struck a six in the 11th over, Morkel got the better off him in the next over while attempting another big hit, leaving KXIP in dire straits at 80 for four. Then, in a surprise move, Bailey promoted Akshar ahead of him at No.6. But the KXIP skipper soon had to take strike anyway, as Chawla cleaned out Miller (8) a couple of deliveries later. And then, in the over next over, a run-out resulted in Akshar’s (2) downfall. By the end of the 15th over, KKR had KXIP pinned at 92 for six.

“The crucial nine-over middle period saw the batting side put up just 24 runs for the loss of three wickets.

“With a massive 72 runs needed in the final 30 balls, Rishi Dhawan came in to bat with Bailey, but the duo could only manage five singles off the 16th over. Although Bailey and Dhawan (14) struck a six each over the next few balls, the latter was stumped off Shakib, leaving KXIP on 117 for seven in 17.3 overs. But Bailey and Johnson continued to clobber the KXIP spinner, plundering a total of 21 runs from his over.

“But then, Narine came to bowl and neutralised the damage done in the previous over, by conceding four runs off the next six tricky deliveries. The run-chase equation read 30 runs off six balls with Gambhir handing the ball to Umesh. The pacer vindicated his captain’s decision by getting the key wicket of Bailey (26) off his first ball. The new man in, Karanveer (1*), could only manage a single off the next delivery, thereby putting the game beyond KXIP’s reach. And the next four deliveries completely foxed Johnson (10*) and produced no runs, capping off a fabulous last over by Umesh – who was also the pick of the KKR bowlers as he finished with outstanding figures of 4-0-13-3.

“Man of the Match: Umesh Yadav for his incredible bowling performance”

Check out video highlights of the last match between KKR and KXIP, squads for this match, and a preview for this match via the IPL website below.

“Qualifier 1 – the first of the four Playoff matches of Pepsi IPL 2014 will see the teams who finished in the top two positions in the standings clash for a direct passage to the tournament final.

“Kings XI Punjab, who’ve had their best-ever season in the IPL registering 11 wins, finished the league season atop the eight-team standings. They’ve been ruthless right through the season and have steamrolled opponents mercilessly. They are pitted against the Kolkata Knight Riders, who are one of two teams to have defeated them this season.

“For most part of the season, KXIP’s approach has been to go on an all-out attack. In recent times, Manan Vohra and Virender Sehwag have gone after the bowlers from the word go, while Glenn Maxwell has inflicted scars on bowlers like no other batsman – this despite low scores in his last three outings. David Miller is the other important batsman in the KXIP scheme of things, for he has the game to play second-fiddle when someone is going hammer and tongs at the other end, or turn on the heat when required.

“On the bowling front, the KXIP’s attack has been steady, if not menacing. Young Sandeep Sharma has been the pick of the bowlers, often rattling the opposition right at the top. Mitchell Johnson has not been at his best so far this season, and these last few matches give him the opportunity to redeem himself.

“At one stage, the Kolkata Knight Riders had just two wins from half their season’s league fixtures and faced an uphill task to qualify for the Playoffs. However, the team has turned the tables in stunning fashion, winning their remaining seven matches on the bounce and barging into the Playoffs. In their most recent outing, riding on a Yusuf Pathan blitz, they decimated Sunrisers Hyderabad and displaced Chennai Super Kings from second place in the points table.

“There will be plenty of eyeballs on Yusuf Pathan after his exploits in the previous match. The 31-year-old is coming into this match after having scored the fastest half-century in the IPL – off 15 balls. That knock was a demonstration of the fact that on his day the elder of the Pathan brothers is capable of running away with the match single-handedly.

“On the batting front, KKR have ridden on the starts provided by Gautam Gambhir and Robin Uthappa. As a pair, they have operated on the premise that one of them bats for the majority of the 20 overs. Uthappa in particular has been an epitome of consistency; unlike many players who play cross-batted shots or muscle their way, Uthappa is reaping the rewards of playing orthodox cricket.

“On the bowling front, the four overs of Sunil Narine will be crucial as usual, while Morne Morkel will be expected to crank up the pace.”