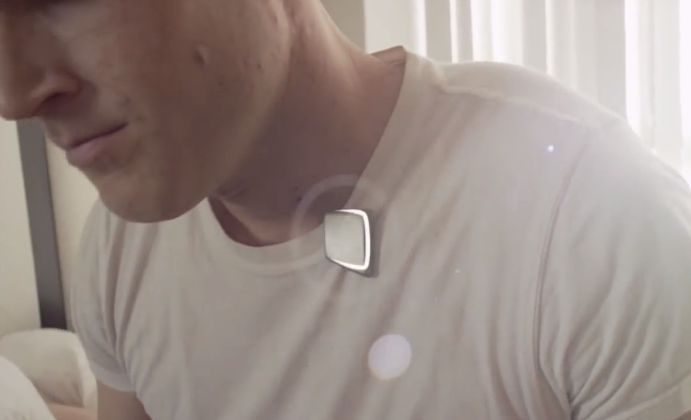 Kiwi Move—Is That a Wearable or a Star Trek Communicator?

Everywhere we look, it seems as though another company is creating something we have seen in a sci-fi movie or show, and the mother ship is Google.

With it recent acquisition of Nest, Google appears to be at the forefront of bringing the future to the present.

A lesser-known Canadian company, Kiwi Wearable Technologies, has introduced Kiwi Move.  It is a wearable that looks and sounds, at least on paper, a lot like a Star Trek communicator.

You can wear it on your collar, wrist, or anywhere you can clip it on.

Kiwi Move tracks your movement, steps, and climbing action.  Take it to the gym, basketball court, or the baseball field.  It provides insight in to your daily life, as stated on their blog site.

Much like the Star Trek communicator, it responds to gestures.  You can create your own or use the built-in detection settings.  Speak with your smart appliances and control them directly with Kiwi Move, or speak directly to the Internet.

Right now the product is available for pre-order at a cost of $99.

Kiwi Move is roughly an inch by ½ an inch in diameter, and weighs one ounce.  It will start shipping in July.

The company name “Kiwi,” comes from Ki for Kinetic and Wi for Wireless, according to an email response from the startup.