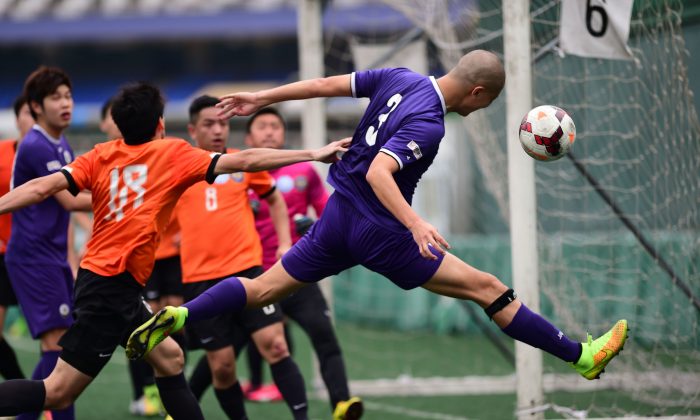 HONG KONG—HKFA Premier League saw a round of BOCG Life Premier League games over the Easter weekend, where the chasing pack of contenders for the title failed to win to put pressure on leaders Kitchee. And Kitchee in their match on Tuesday April 7 against Wong Tai Sin at Hammer Hill Sports Ground, won 2-nil to extend their lead to 5-points at the top of the table.

On Friday (April 3) Eastern took on Wong Tai Sin at Tseung Kwan O Sports Ground, with the match ending in a 1-all draw after Giovane Da Silva opened the scoring for Eastern in the 26th minute, and Wong Tai Sin replying through Li Jian in the 52nd minute..

On Saturday (April 4) YFCMD played Sun Pegasus at Mongkok Stadium. YFCMD took an early 2 goal lead when Jose Diaz fired in from Fernando Pedreira’s corner kick in the 2nd minute, and Fernando Pedreira doubled the lead in the 9th minute. YFCMD failed to add to their score despite a number of chances, and were made to pay when first, Admir Rascic headed in Ju Yungzhi’s corner kick in the 77th minute, and Festus Baise equalised for Sun Pegasus by converting a cross in the 89th minute.

In Sunday’s (April 5) games, I-Sky Yuen Long prevailed 2-nil against Wo Foo Tai Po at Tai Po Sports Ground, through goals from Reinaldo Peres and Wellingsson De Souza, whilst South China were held to a nil-all draw by BC Rangers.

Wing Yee now head the second division after 19 matches with 50 points, Mutual are second with 41 points, and Kowloon City are third with 38 points having played one game less.

Tung Sing lead the division with 56 points from 21 matches, with Central & Western district second with 51 points from the same number of matches.

Yau Yee League
There were no Yau Yee league matches played over the weekend.