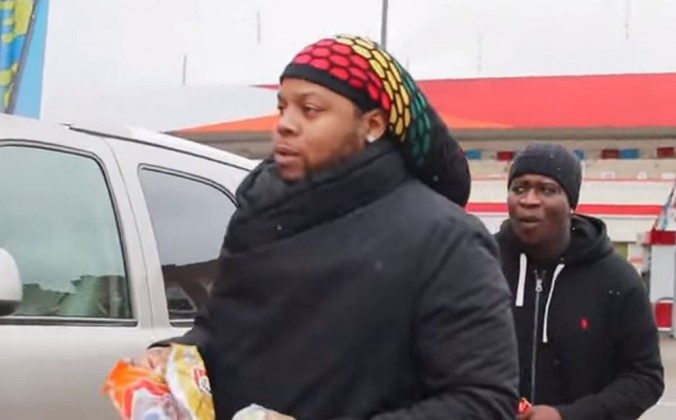 King Louie, a Chicago-based rapper who was shot seven times last week, conducted his first interview since the incident.

In an interview with CNN’s Don Lemon, Louie explained what happened.

“I was in my car, I was starting to leave a friend’s house and someone started shooting at my car. I think they shot 22 shots or whatever, and I was hit seven times,” he said. “Three of the slugs are still with me today. Two in my chest and one in my head.”

Louie, credited with coining the term “Chiraq” in reference to Chicago’s rampant gun violence, recently collaborated with other Chicago artists on a track called “Put the Guns Down.”

When asked what’s wrong with Chicago, he responded: “The devil’s working overtime in Chicago.”

Louie told Lemon that “I feel blessed,” and thanked people for offering their prayers.

“So I deeply appreciate all of the prayers that people have made for me. Everybody that prayed for me. The prayers of my family and everything, cause they got me through and kept me strong. We just got to be strong and pray for our city and the right people just got to do the right things,” the 27-year-old born Louis Johnson Jr. said.