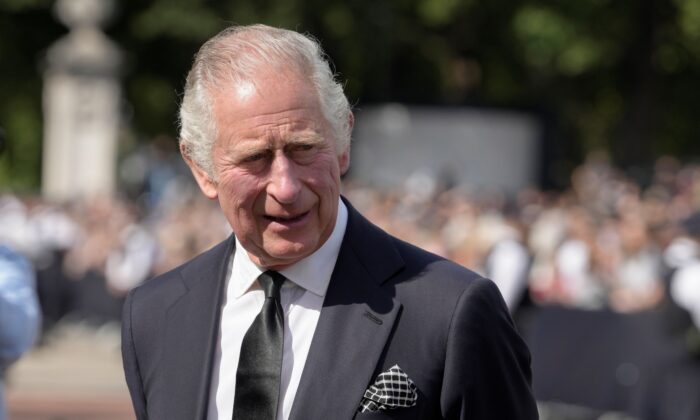 King Charles III has been proclaimed Canada’s head of state in a ceremony at the Rideau Hall in Ottawa attended by Gov. Gen. Mary Simon and Prime Minister Justin Trudeau.

Trudeau met with members of the federal cabinet and Privy Council prior to the ceremony as part of the protocol to proclaim a new sovereign.

During the ceremony, Trudeau asked the governor general, “May we proceed with the proclamation of accession?”

After Simon replied “Yes,” both signed the order−in−council and the proclamation for the accession.

Those gathered applauded the moment King Charles III was proclaimed King of Canada. The event was also marked with 21 gun salutes.

“We [the Governor General and the Privy Council] proclaim that His Royal Highness Prince Charles Philip Arthur George is now by the death of our late sovereign, Charles III, by the grace of God of the United Kingdom, Canada, and his other realms and territories, King, head of the Commonwealth, defender of the faith to whom we acknowledge faith and allegiance,” said Samy Khalid, the chief herald of Canada.

The 73-year-old automatically became King after his mother, Queen Elizabeth II, died on Thursday, but it is tradition for the Accession Council to convene, usually within 24 hours of a monarch’s death, to formally proclaim the deceased sovereign’s successor.

Charles said at the ceremony that he will strive to follow the late Queen’s example “in upholding constitutional government and to seek the peace, harmony, and prosperity of the peoples of these Islands and of the Commonwealth Realms and Territories throughout the world.”

In his first televised speech as King on Friday, Charles said he would serve the Commonwealth “with loyalty, respect, and love as I have throughout my life.”

Also on Saturday it was confirmed that the state funeral for the Queen will be held on Sept. 19 at London’s Westminster Abbey.

Canada will also be holding a commemoration ceremony for the Queen. Protocol calls for 10 days of mourning following the passing of a sovereign.

According to a statement from the Palace, the Queen passed away peacefully at Balmoral Castle in Scotland. The coffin will be taken from Balmoral to Edinburgh on Sunday, to be taken to London on Tuesday.

Lily Zhou and The Canadian Press contributed to this report.