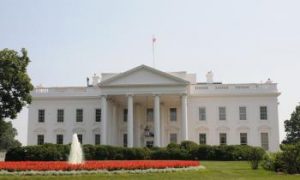 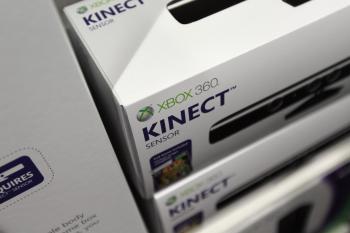 Kinect, the sensor device for Microsoft's Xbox gaming system, is seen on a shelf at Best Buy during the month of November. More than 2.5 million have been sold since it made its debut earlier this month. (Joe Raedle/Getty Images)
News

Kinect Is a Hit, Has Sold 2.5 Million Units

Mimi Li
View profile
Follow
biggersmaller
Print
Kinect, the sensor device for Xbox, has sold 2.5 million units already since it was launched just less than a month ago, Microsoft announced in a press statement released on Monday.

The gadget, which allows for controller-free gaming and allows for body motion and spoken controls, flew off the shelves during Black Friday and Cyber Monday as Microsoft seeks to keep with strong demand.

“We are thrilled about the consumer response to Kinect, and are working hard with our retail and manufacturing partners to expedite production and shipments of Kinect to restock shelves as fast as possible to keep up with demand,” Don Mattrick, president of Microsoft’s Interactive Entertainment Business, said in a statement.

The Kinect was especially popular at Target stores, which will get deliveries of the device throughout December, Nik Nayar, vice president of merchandising at Target, said in a statement.

Kinect for Xbox, which is available at more than 60,000 stores in 38 countries worldwide, uses a 3D camera and microphone to detect body movements and voices, turning them into commands for Xbox games and the display of other media such as movies and TV. It costs approximately $150.