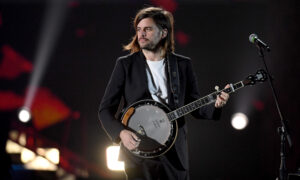 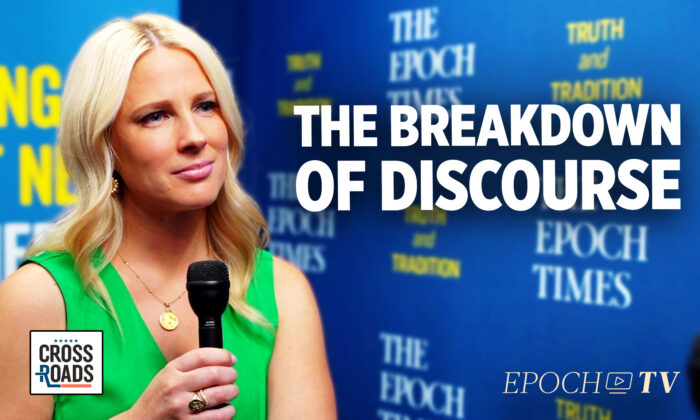 While the term “diversity” has become somewhat of a buzzword in the current socio-political environment, there is one kind of diversity that is rapidly falling away, according to Lyndsay Keith, co-host at Newsmax; the diversity of thought.

“It’s really sad to see where we’re at,” Keith told EpochTV’s “Crossroads” program. “Because I feel like that’s what separated America [from many other countries]—the fact that you can agree to disagree. And that’s really not a statement that you hear much anymore.”

Keith, co-host of Newsmax TV’s “Spicer & Co.,” noted that Americans historically have always been open to differing ideas, and that what’s key to this is tolerance.

“And you see what’s happening with the lawlessness on our streets, I think a lot of that stems from so much anger, so much frustration, so much ideology that if someone has a different opinion, then they’re a terrible person,” she added. “That has to stop.”

She pointed out that people are increasingly being taught to see each other through an ideological lens, rather than as fellow human beings.

“I am not just a Republican, I am not just a woman,” she said. “I’m an American, I’m a human. And so we have to see people not as their politics but as who they are. And they are created in the image of God, from my viewpoint. And so I want to treat them like that, not treat them as just what their ideology is.”

When asked how she deals with people who disagree with her, she said she doesn’t take it personally, in large part due to her spiritual perspective.

“I think when you take yourself out of it, and don’t make it about you, it’s easier to do that when you see people for who they are as created in the image of God—I think that makes it easier to treat them with grace and kindness.”

The host said it is important to stick to truth regardless of what the prevailing narrative is in the public sphere.

“Truth doesn’t get offended. Truth speaks out. And truth sheds light on darkness,” she said. “And you know what, some people don’t like that. The other day, I heard a great preacher say, ‘If you’re worried about offending people, you’re probably offending God.’ And so at the end of the day, I think I take that approach to the media and to politics as well.”

In her view “conservatives have to be bold in the truth and not be afraid to speak the truth” and should not let others bully them into silence. But she noted that taking the high road is ultimately the best approach.

“Yes, I have some things that are black and white, like being pro-life and fighting for life, for freedoms, for our religious freedoms; other things, they can be debated,” she said. “I might feel strongly about them, but is it worth tearing down somebody else? No, because I value you more than I value your politics.”

When Keith was teaching a class of college and graduate students in China, she found that the students did not really know what happened at Tiananmen Square in 1989 because all information online about the massacre was blocked. For her, this was an eye-opening look into the workings of a totalitarian state as she observed the tight control of information the communist party held.

Book burning in Nazi Germany served a similar purpose, Keith said. The Nazi Party did not want people to be exposed to other ideas. “They were trying to brainwash people into thinking that all the Jews were terrible people and comparing them to awful things,” she said.

“And that is the beauty—has been the beauty—of America, that when I tell you something, I expect you go research it yourself. Is it my job to 100 percent persuade you? No. It’s my job to tell you the truth.”

Keith noted that America has been called “the melting pot of the world.”

“Anytime you bring this many cultures together in one place, there’s going to be conflict,” she said. “That’s okay. Conflicts aren’t always bad, right? Iron sharpens iron.”

Keith said she hopes Americans strive for ideals made famous by Martin Luther King Jr. such as not judging people by their skin color or politics, but the content of their character.

“We’ve got to get back to a place where ‘tolerance’ is actually being civil, and not name-calling, not identity politics,” she said. “I hope that we can get to a place where people are kind to each other again, not because you agree—it’s okay to disagree—but because we are free Americans, and we can live civilly together.”

Ella Kietlinska contributed to this report.