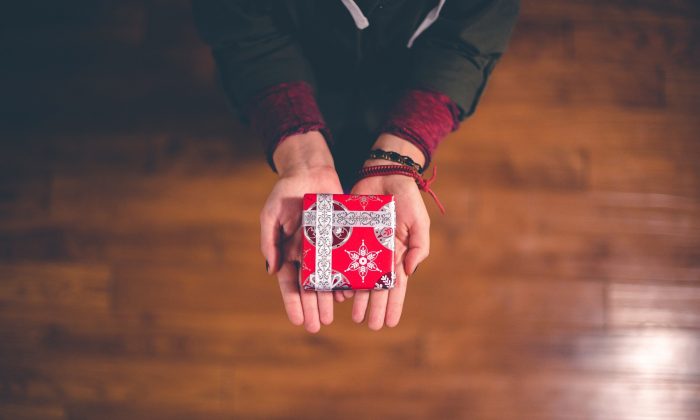 The holiday period is the season of giving. They are usually gifts for loved ones and friends or simply acts of kindness to strangers. Many of these go unnoticed, but on Christmas Eve in Australia, one particular act of kindness caught the attention of a Reddit user who thought he would inspire others with what he saw at a local gas station.

Matt Hardesty shared a photo of an elderly woman thanking a tradesman in his work truck for helping her purchase groceries at a Star Mart gas station on Dec. 24, according to the Daily Mail. Hardesty, who posted the photo under his Reddit user sawathingonce, was standing in line to pay for fuel when the young man offered to pay for the elderly woman’s milk, bread, and biscuits.

Found myself behind this lovely lady and a young tradie while paying for petrol. He notices she has milk, bread, biscuits and said "Happy Christmas. I’m not going to let you pay for that" because he misses his Nan. Here she is thanking him again before leaving. Love youse all! from sydney

“Happy Christmas. I’m not going to let you pay for that,” the young man told the elderly woman, according to Hardesty. The tradesman explained that he wanted to do it because he missed his grandmother.

“It was just one of those things that you always wish would happen that you could witness, something that makes you believe in Christmas,” Hardesty told the news website.

Many social media users said they were moved by the kind gesture and complimented the tradesman for his actions.

“Sometimes humans are just the best,” one user said.

“What a dude! Aussies are all round the nicest people, hands down,” another said.

“Find this Tradie Reddit and let’s show him some appreciation. We need to buy this guy a drink. If ever a guy was deserved Reddit gold and free beer it’s this bloke. Shame he wasn’t self-employed with a company logo on the ute. I lost all my grandparents by the time I was 4 so never got to know them. That was emotional to read,” another social media user added.

Some social media user also shared their stories about helping people in need after being inspired by the photo.

“Not to rob the moment here but found a wallet yesterday. Bulged with money so the thought of leaving it with centre management but couldn’t bear the thought of someone might take the money and blame it on me. Checked the driver licence and returned it to the owner …. Old chap was so happy and hugged me. He said he was shopping for his grandkids…. Could see the tears of joy in his eyes…. I think I was happier than him seeing him that happy,” one user wrote.