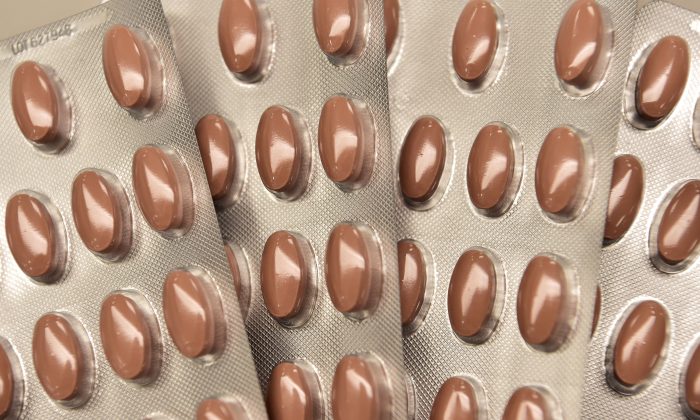 Pills in a September 2017 file photo. (Christophe Archambault/AFP/Getty Images)
US

A six-year-old kindergartner in Missouri has been suspended from school after bringing in a pill that his therapist prescribed.

Danielle Largent said he son Zamari Hawkins was prescribed melatonin by his therapist.

“He had taken a melatonin (pill) to school, that his therapist required him to take every night before he goes to bed to help him sleep,” Largent told Fox4.

According to the Mayo Clinic, melatonin is a hormone in people’s bodies that plays a role in sleep.

“People commonly use melatonin for sleep disorders, such as insomnia and jet lag.”

Largent said she started taking her son to therapists after he had behavioral problems at the beginning of the year, such as problems sitting still.

Largent said her son was finally doing better in school due to the therapy and melatonin but then the suspension happened.

“He took the pill out, and there was another little girl that was asking about this pill. You know, kids are curious,” Largent said. “Zamari said, ‘Yeah, but you’re not gonna like it.’ She put it in her mouth and spit it right out.”

The girl went home and told her mom, who called the school.

Officials told her that her son would be patted down for the rest of the school year. Papers sent home with him at the start of the suspension stated he had been found guilty of “distribution of a drug.”

Largent noted she’s spoken with her son and told him he shouldn’t share his pills with others, but thinks the punishment was too harsh.