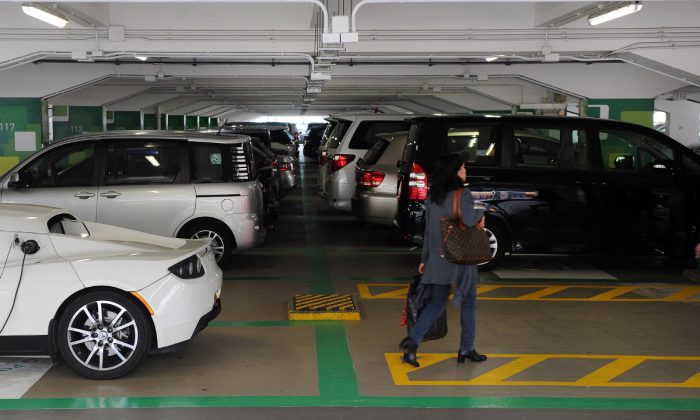 A woman in a parking garage in China in this file photo. (Laurent Fievet/AFP/Getty Images)
Social Issues

A 20-year-old kindergarten teacher was stabbed to death by her ex-boyfriend right after the two had broken up, according to Chinese online news outlet Red Star News.

The young woman, surnamed Xu, was killed in an underground parking garage in Jiashan City of China’s Zhejiang Province on Aug 10. The primary suspect, surnamed Lu, was found with a knife along with an iron club in his own car. Lu was arrested on Aug. 11.

Xu’s father, whose name was not disclosed, spoke to the media about his daughter’s relationship in an Aug. 25 report. He said that Lu had harassed his daughter over the phone, and stalked her on more than one occasion. He suspected that Lu may have found out that Xu started dating another man after they broke up.

“They were in a relationship for a half year, starting in February,” Xu’s father told Red Star News. He said that Lu also came to their house on two occasions, but each time only stayed briefly. “My wife and I felt that Lu appeared very earnest, nothing like someone with extreme behavior.”

He said Xu and Lu had a good relationship while they were dating. “They were both great, whether it was my daughter towards him, or him towards my daughter, as far as I know, they never had any arguments over their feelings,” Xu’s father told Red Star News.

But then, at an unknown time, for a reason unknown, Lu suddenly took a turn for the worse towards Xu when they broke up.

“He harassed her over the phone, and stopped her from coming home two times,” Xu’s father told Red Star News. He did not say when the couple ended their relationship.

“My daughter was a kindergarten teacher, she worked in a training school to teach children piano,” Xu’s father told Red Star News. “She’d get off work at 8:00 p.m.” Lu would wait for her after work, he said.

In one instance, Lu hid in the underground parking lot where Xu would park. “When he saw my daughter, he tried to pull her into his car, but some of her female co-workers stopped him,” Xu’s father told Red Star News. “In the end, her mom brought her back home.”

At another time, Lu followed Xu home. “The second time he stopped her, she’d already come home,” Xu’s father told Red Star News. “Her mom saw it and went downstairs, he said to her that he was wrong, and didn’t say a word after.”

Xu’s mother attempted to explain to Lu that if their relationship wasn’t meant to be, then he should accept that fact, according to Red Star News. He left without incident after that.

Then, on Aug. 10, Xu was meeting with a classmate for what may have been a coffee date. She shared a picture at the coffee shop on social media, and her fathered suspected that a mutual friend told Lu of the date. “My daughter had already blocked Lu on WeChat,” Xu told Red Star News. WeChat is the largest social media and chat app in China.

A police publication on Aug. 11 only said that Lu and Xu met in the parking garage in a shopping center, where he stabbed her to death. After the killing, Lu turned himself in.