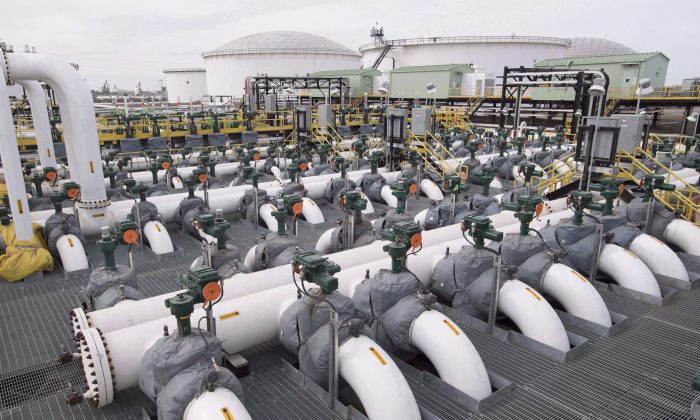 The company’s April 8 decision to impose a May 31 deadline for government reassurance that it can safely spend the bulk of the project’s $7.4-billion construction cost comes after two other projects were ended last year—TransCanada Corp.’s proposed Energy East pipeline and Enbridge Inc.’s previously approved Northern Gateway.

“We have become a high-political-risk jurisdiction because of the apparent ambivalence of government resolve to develop our resources—and we are a resource economy,” said Bob Skinner, executive fellow at the School of Public Policy at the University of Calgary.

He said Kinder Morgan and other megaproject developers are being prudent and acting in the shareholders’ interest when they halt the investment of billions of dollars in projects when they “have no idea” if it will be allowed to proceed to completion.

In a statement, CEO Alex Pourbaix of Trans Mountain shipper Cenovus Energy Inc. warned there will be a “chilling effect on investment … across the entire country” if the project fails.

The potential halt of such energy projects does affect the Canadian economy as a whole, agreed CIBC deputy chief economist Benjamin Tal.

“Energy investment is a very important part of total investment in Canada especially when it comes to rate of growth. To the extent that we see some uncertainty there, it can have a macro impact,” he said.

The Trans Mountain expansion to add 590,000 bpd to its current 300,000 bpd capacity is needed to show Canada is a good place to do business, said a spokeswoman for Calgary-based Canadian Natural Resources Ltd., which has a contract to ship 75,000 barrels per day on the new pipeline.

Tim McMillan, CEO of the Canadian Association of Petroleum Producers, suggested the federal government could follow Alberta Premier Rachel Notley’s suggestion of taking a financial stake in the Trans Mountain project, perhaps by offering to guarantee to repay Kinder Morgan’s investment if the project fails to proceed as promised, instead of offering only verbal support.

“This is a profound issue for us and reflects not just on this one project. We’ve had a series, like Energy East and so on, that have painted Canada into a corner as a place to invest,” said Chris Bloomer, CEO of the Canadian Energy Pipeline Association.

“What happens here is going to reverberate into the future as far as how we do things in this country. We need to keep that in mind for all projects.”

In a report in February, Scotiabank said delayed construction of pipelines including the Trans Mountain expansion, Enbridge’s Line 3 replacement, and TransCanada’s Keystone XL is causing discounts for Canadian crude prices that are costing the economy roughly $15.6 billion a year, with the impact expected to moderate as more rail shipping capacity comes on line this year.