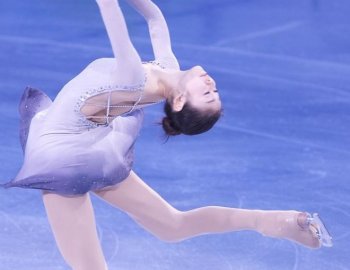 A statement from Kim’s management company, All That Sports Corp., did not expand on the details of the parting, only saying that Kim and her coach had been “uncomfortable” with each other since May.

Kim’s management company and her mother informed Orser and another coach Tracy Wilson of the plan.

Her mother "informed me of our separation three weeks ago after completing an ice show in Korea,” Orser told South Korean newspaper the Dong-A Il-Bo. “I’ve waited three weeks before announcing this because I had expected a change in the intervening period.”

Despite the separation, Kim continues to train at the Toronto Cricket Skating and Curling Club rink, where she had worked with Orser since 2006.

In February during the 2010 Vancouver Winter Olympics, Kim earned the country’s first gold medal in the Olympic women’s figure skating with a record-breaking combined score of 228.56.

She is known for her flowing movements, rich expression, and superior jumps.