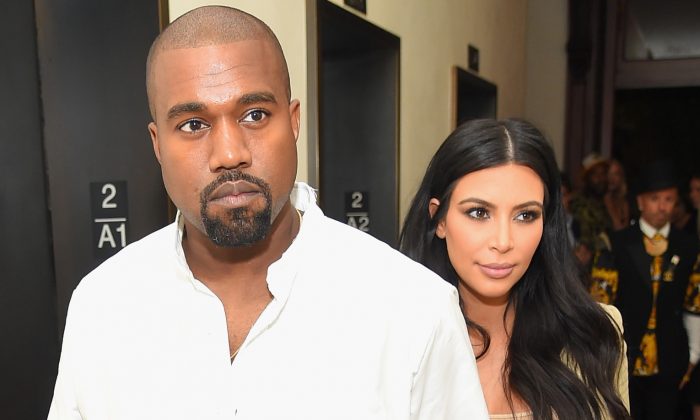 Kim Kardashian warned her millions of social media followers on Feb. 27 about the so-called “Momo challenge,” which is said to encourage self-harm among children.

“’Beware! This was just sent to me about what’s being inserted in YouTube Kids. Please monitor what your kids are watching,” she wrote, reported the Daily Mail.

The “Momo game” or “Momo challenge” gained notoriety last summer and was first called a hoax by some websites before it was turned into a meme.

“It doesn’t come on instantly so it’s almost as if it waits for you to leave the room then comes on in mid-show. There are also videos of cartoons doing sexual things, violent things and they may look innocent enough at first glance but trust they aren’t,” Kardashian, a mother, added.

WHAT ALL PARENTS NEED TO KNOW: The disturbing viral 'challenge' pops up on YouTube videos encouraging them to harm…

Kardashian’s warning comes as police in Ireland issued a warning on social media about the online game.

“Our advice as always, is to supervise the games your kids play and be extremely mindful of the videos they are watching on YouTube,” the Police Service of Northern Ireland (PSNI) said on Facebook this week (Warning: disturbing photo).

The police force also suggested the alleged suicide threat posed Momo game could be overblown and might be merely a way for hackers to exploit people.

“Even basic open source research suggests that ‘Momo’ is run by hackers looking for personal info…’Momo’ isn’t going to crawl out of your child’s phone and kill them,” Irish police added.

U.K. schools this week have also issued warnings about the game.

“We are aware that some nasty challenges (Momo challenge) are hacking into children’s programmes. Challenges appear midway through Kids YouTube, Fortnight, Peppa pig to avoid detection by adults,” the Northcott Community Special School in Hull, England, wrote on Twitter. “Please be vigilant with your child using IT, images are very disturbing.”

IMPORTANT: we are aware that some nasty challenges (Momo challenge) are hacking into children’s programmes Challenges appear midway through Kids YouTube, Fortnight, Peppa pig to avoid detection by adults. Please be vigilant with your child using IT, images are very disturbing

The Haslingden Primary School in Rossendale, England, also issued a warning on Facebook.

The game includes asking children to harm themselves and photograph it to continue playing the game, according to Newsweek. The game supposedly ends when a user takes their own life and posts a video or photo on social.

“Momo Challenge” – Further to the retweet from @NorthcottSchool , here are links for parents with information (please be aware that Ash Field does not control the content from external websites) :https://t.co/f9VY4wwd9v

CBS News reported that officials in Argentina investigated the game after a 12-year-old died, but details of the case are spurious.

The disturbing image has nothing to do with a game, but it’s a sculpture by a Japanese artist, Keisuke Aisawa, the CBS report noted.

A YouTube spokesperson told CBS on Feb. 26: “Our Community Guidelines prohibit harmful and dangerous challenges, including promoting the Momo challenge, and we remove this content quickly when flagged to us.”