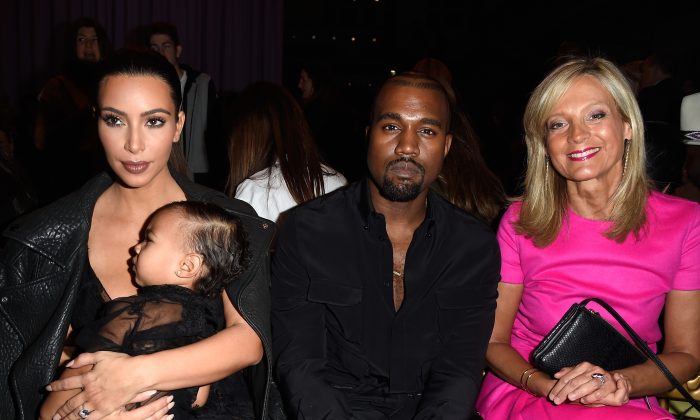 Kim Kardashian has spoke out about a report that she plans to buy a private island in Australia for her daughter North, denying the story.

Kardashian, 34, plans to buy Turtle Island off the coast of Queensland with designs to build her own theme park and ultimately provide North with a place of her own, according to New Idea magazine.

The theme park would include a water slide and ferris wheel.

She wants to name the sanctuary the Isle Kardashian, the report claims. The island includes a four-bedroom house, a helipad, and plenty of space for new construction.

But a Kardashian representative told Gossip Cop that the story is “false.”

The island, which is held privately, is for sale for $5 million AUD, according to Private Islands Online.

The island is partially developed and spans 23.25 acres.

“This truly is a private Island fit for a movie star or recluse celebrity. This home is perched high up on one of the handful of fully freehold private Islands on our magnificent Queensland Coast,” the website said.

“This luxurious and spacious themed Australian designed home looks towards the east over the surrounding Islands and beyond to the Great Barrier Reef, with Lady Musgrave, Lady Elliot and Heron Island coral cays less than an hour from your own private jetty. This sensational home has its own guest wing with three separate fully private bedrooms, which are more like a high quality resort room with their own lounge, bathroom and TV plus veranda, with views and perfect idyllic in-ground pool at their doorstep.”

A number of celebrities have sought to buy the island, including Clive Palmer, according to real estate representative Richard Vanhoff. Two sales fell through in recent years.

Bob Bentley originally bought the island in 1994 for $300,000 and partially developed it.