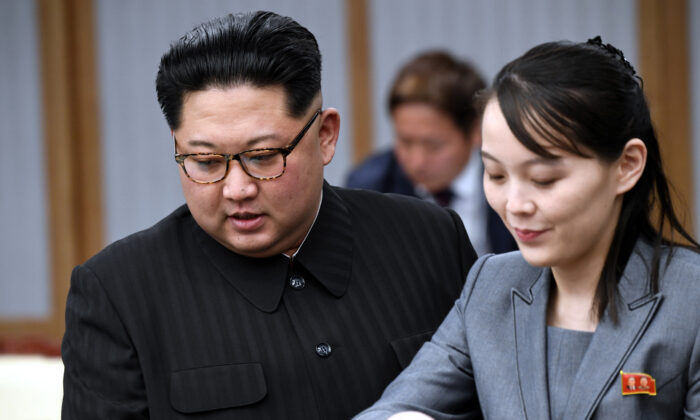 Kim Jong Un’s powerful sister, Kim Yo Jong, warned the Biden administration it “better refrain from causing a stink” if “it wants to sleep in peace for the coming four years.”

Kim Yo Jong, vice department director of the Central Committee of the Workers’ Party of Korea (WPK), issued a statement on Monday criticizing the U.S.-South Korea joint military exercises and threatened to retaliate.

“We take this opportunity to warn the new U.S. administration trying hard to give off [gun] powder smell in our land,” said the statement. “If it wants to sleep in peace for the coming four years, it had better refrain from causing a stink at its first step.”

The South Korean and U.S. militaries began annual military exercises last week that continues through Thursday. The drills are command post exercises and computerized simulation and don’t involve field training due to COVID-19 and diplomatic efforts to resume talks with North Korea.

“They say that the drill involves no actual maneuvers with its scale and contents drastically ‘reduced.’ Perhaps, they are expecting ‘flexible judgment’ and ‘understanding’ from us, but it is, indeed, ridiculous, impudent, and stupid,” Kim Yo Jong said harshly in the statement.

“We have opposed the joint military drills targeting the compatriots but never argued about their scale or form.”

Kim Yo Jong threatened to halt its dialogue with South Korea and to dissolve the Kumgangsan International Tourism Bureau and other organizations “as any cooperation and exchange with the South Korean authorities antagonizing us are no longer necessary.”

“War drill and hostility can never go with dialogue and cooperation,” Kim Yo Jong added.

Kim Yo Jong’s statement was released as Secretary of State Antony Blinken and Defense Secretary Lloyd Austin arrived in Asia to talk with Japan and South Korea about regional issues. They have meetings in Tokyo on Tuesday as well as in Seoul on Wednesday.

Blinken told a briefing in Tokyo that he was aware of Kim Yo Jong’s comments, but he was more interested in hearing what America’s allies and partners think about North Korea.

White House Press Secretary Jen Psaki said that the Biden administration has reached out to North Korea in Monday’s briefings, but no response yet.

“The Biden administration is conducting a thorough interagency review of U.S. policy toward North Korea,” Porter pointed out.

Associated Press and Reuters contributed to this report.