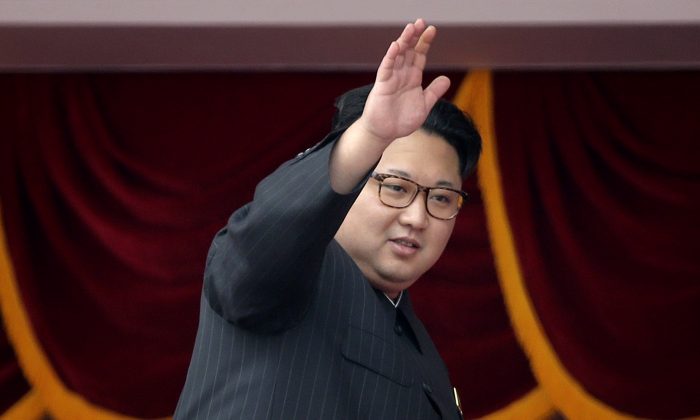 The letter, published on state-run KCNA, says that “the anachronistic hostile policy and nuclear threat that the U.S. has enforced with unprecedented recklessness against [North Korea] have only provoked its just and righteous countermeasure for self-defense and ended up in total and complete failure.”

In the past year, the communist state’s military carried out two controversial nuclear tests while making threats to South Korea and the U.S.

A spokesman for South Korea’s foreign ministry said North Korea is attempting to pressure the incoming president to alter its policy.

“This time the country seems to be testing the U.S. side in the form of the foreign ministry memorandum ahead of the launch of the new Trump administration,” Cho June-hyuck said in a press briefing, as quoted by Yonhap.

It comes after defectors told The Associated Press that hundreds of capitalistic markets, each with thousands of stalls, form the glue that holds North Korea’s socialist planned economy together, selling medicinal herbs, skinny jeans, TV sets, foreign drama CDs, and other goods there to make a living.

“People there say North Korean markets have everything except for a cat’s horn. They truly have everything there,” said Cha Ri-hyuk, 31, who came to South Korea in 2013. “If North Korea shuts down the markets, it will collapse too.”

North Korea has tolerated—and taxed—some market activities since the country’s state rationing systems crumbled amid an economic crisis and famine that killed an estimated hundreds of thousands in the mid-1990s. The economic boost the markets provide has helped leader Kim Jong Un keep a grip on power and further his nuclear ambitions, leaving the North’s harsh political system and human rights abuses largely untouched.