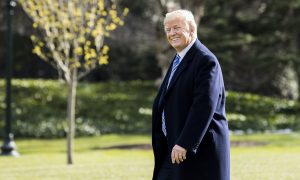 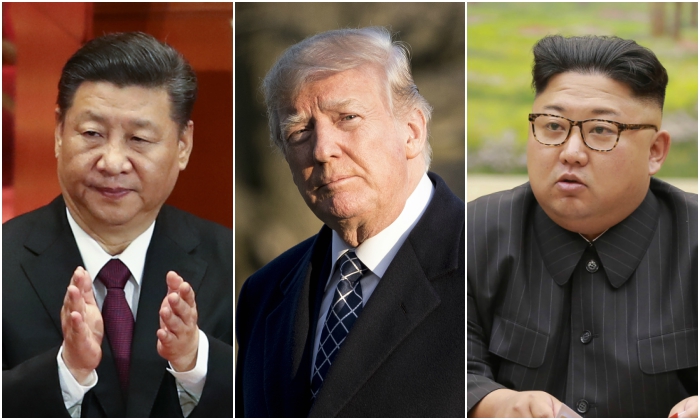 Kim vowed to denuclearize in exchange for a pledge from Xi that China would remain North Korea’s ally. The agreement took place during Kim’s four-day visit to Beijing, which was kept secret until China confirmed it on Tuesday night.

Kim had already agreed to discuss abandoning his nuclear weapons program at the planned meeting with President Donald Trump. Kim’s affirmation of that pledge is the latest confirmation that Trump’s hard-nosed stance on North Korea is working. Kim signaled that he is looking to secure a peace deal in the upcoming summits with South Korea and the United States.

“It is our consistent stand to be committed to denuclearization on the peninsula, in accordance with the will of late President Kim Il Sung and late General Secretary Kim Jong Il,” Kim Jong Un said, according to Xinhua, a Chinese state media.

“The issue of denuclearisation of the Korean Peninsula can be resolved, if South Korea and the United States respond to our efforts with goodwill, create an atmosphere of peace and stability while taking progressive and synchronous measures for the realization of peace,” Kim added.

Xi Jinping and his wife Peng Liyuan welcomed Kim Jong Un and his wife Ri Sol Ju at the Great Hall of the People in Beijing pic.twitter.com/qoK4nu12xF

Upon taking office last year, Trump was confronted with increasingly reckless behavior from North Korea. Kim tested several ballistic missiles and detonated what Pyongyang claimed to have been a hydrogen bomb.

Trump responded with threats of military action and backed up his rhetoric by sending several aircraft carrier groups to the Korean Peninsula. The president also spearheaded an international effort to sanction the communist regime.

Trump’s efforts, though largely dismissed by mainstream media, have been lauded by world leaders. South Korean President Moon Jae-in credited Trump for bringing about the first talks between the two Koreas in years. That meeting led to North Korea’s participation in the Winter Olympics, which resulted in a chain of events leading up to Wednesday’s denuclearization announcement by Beijing.

“For years and through many administrations, everyone said that peace and the denuclearization of the Korean Peninsula was not even a small possibility,” Trump said in a Twitter message on Wednesday morning. “Now there is a good chance that Kim Jong Un will do what is right for his people and for humanity. Look forward to our meeting!”

“Received message last night from XI JINPING of China that his meeting with KIM JONG UN went very well and that KIM looks forward to his meeting with me,” Trump wrote in a follow-up tweet. “In the meantime, and unfortunately, maximum sanctions and pressure must be maintained at all cost!”