Former Chairman of China Steel: 'The performance is very good!'
0 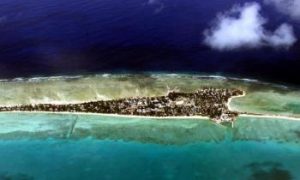 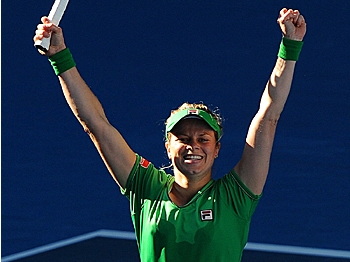 By James Fish
Print
The Australian Open Women’s semifinal match between No. 2-ranked Vera Zvonareva and No. 3-ranked Kim Clijsters looked like an epic battle, on paper. Clijsters won the U.S. Open last September, while Zvonareva was aiming for her third grand slam final in a row.

On the court, the match played out rather differently. Belgium's Kim Clijsters blew past her Russian opponent in two sets 6–3, 6–3.

I tried really hard every point,” Clijsters told ESPN. “I knew that I had to today. Vera is a tough player—I played some really tough matches against her last year, I lost to her a couple of times, so I knew that I had to come out here and really be on top of my game, and really lift my level compared to the other matches I’ve played here so far.

“I really tried to focus on my tennis and tried to do what I do well out there and I tried to dictate the points and move around well and make my opponent go for that one extra shot every time.”

Kim Clijsters came out calm and in control, breaking Zvonareva in the first game. The Russian broke back, but Clijsters went on the win the set handily.

The second set mirrored the first, with Clijsters getting the early break. Zvonareva fought back to hold serve at love in the fifth game, and earned three break points in the sixth. Zvonareva then missed two shots, giving up four straight points, losing the game and pretty much losing her last chance to save the set.

Statistically, the match looked even: Clijsters scored 63 percent on her first serves, versus Zvonareva’s 65 percent; Clijsters had two aces and two double faults, Zvonareva one each. The only difference: Clijsters hit 18 winners and 18 unforced errors, while Zvonareva had 14 and 21 respectively.

This last stat tells the difference: Clijsters was able to get shots past Zvonareva, while the Russian either couldn’t return the favor.

It took Clijsters only 73 minutes to win the match, earning her the No. 2 ranking and a spot in the final against No. 9-ranked Li Na of China who upset top-seeded Caroline Wozniacki of Denmark earlier in the day.