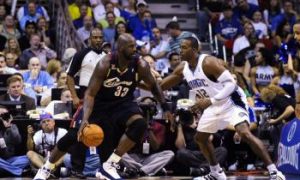 A swarm of bees killed an elderly southern Texas couple on April 18 as they were spraying insecticide in their remote ranch, media reports say.

Thellis Steele, 95, and his wife Myrtle, 92, died after hundreds of bees stung them while they were cleaning out a hunting cabin. Their 67-year-old son, Richard, was injured in the incident, according to Reuters.

Investigator Reyes Espinoza told the news agency that the bees were likely Africanized honey bees, otherwise known as “killer bees” due to their aggressive nature. The bees are known to have spread to south Texas as well as in Georgia, Alabama, and in other Southern States.

"It was a terrible thing," Espinoza told Reuters. "You don’t prepare for something like that."

The cabin the two were cleaning was far out in Jim Hogg County, their daughter-in-law Judy Steele told the Valley Morning Star. The two had to be airlifted to Corpus Christi hospital around 100 miles away.

Mr. Steele was pronounced dead on the scene and his wife died on Tuesday, according to the Star.

In October, a Georgia farmer was killed by Africanized honey bees as he was using his bulldozer on his property.

Keith Delaplane, the Professor of Entomology at the University of Georgia, said at the time that killer bees are far more aggressive and will continuously attack people at farther distances rather than normal honey bees.

"Large numbers of them sometimes sting people and livestock with little provocation," Delaplane wrote at the time.

Killer bees are the hybrids of European bees and African bees. They first appeared in the U.S. in 1990.