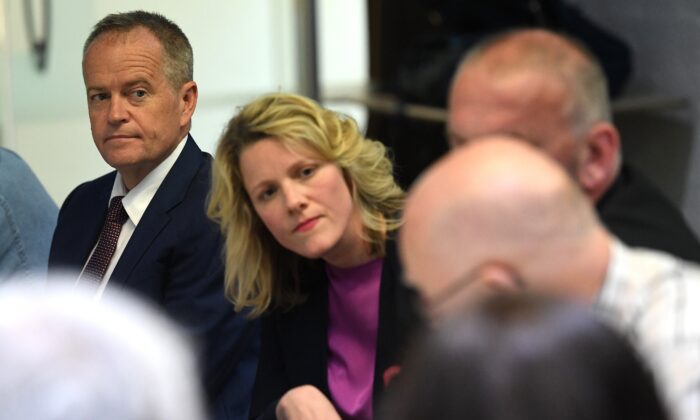 Kids at Risk of Being Converted Into Terrorist at School Playground: Australian Home Affairs Minister

The federal government has warned that Australian children are at risk of being recruited into terrorist groups at the school playground.

Home Affairs Minister Clare O’Neil on Thursday said ASIO recently informed her about an incident where a group of teenagers attempted to radicalise children, including those as young as 13, in the school playground.

Speaking to the Australia-New Zealand Counter-terrorism committee youth summit on Thursday, she noted that the teenagers’ tactic is to target students who had been bullied and give them compliments to gain trust, before gradually showing them more graphic and violent Islamic State propaganda videos until such content are normalised.

“We’re seeing these presentations in children that are younger and younger,” O’Neil said, according to Channel Nine News.

“And it’s something we really want the community to be thinking about and talking about.”

The comment comes after head of Australia’s domestic intelligence agency Mike Burgess said the increase in the radicalisation of young Australians is “deeply concerning.”

“As a parent, it is deeply distressing,” Burgess said in his annual threat assessment on Feb. 11.

“As a nation, we need to reflect on why some teenagers are hanging Nazi flags and portraits of the Christchurch killer on their bedroom walls, and why others are sharing beheading videos. And just as importantly, we must reflect on what we can do about it.’

He further added that most of the terrorist groups recruit people online.

“Believe me when I tell you that ASIO finds these kinds of cases challenging—we do not belong in the schoolyard—and while we act when there is a threat of violence, the broader trend of teenage radicalisation demands a different response, one where ASIO and law enforcement are not the answer,” he said, according to The Strategist on Feb. 11.

Burgess also said while there are different ways to help young people who are becoming interested in extremism as a coping mechanism,  it is more challenging to redirect an adult extremist.