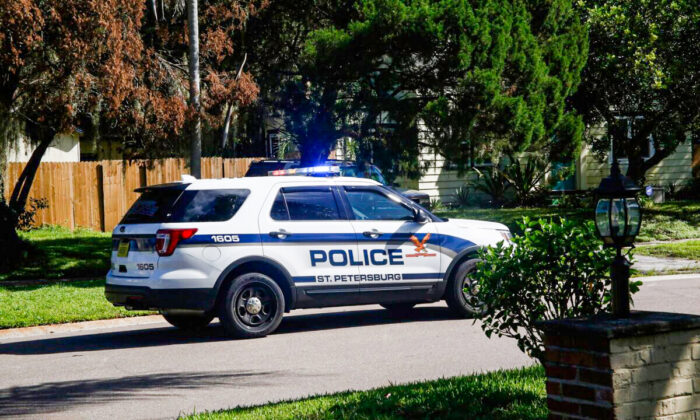 Kidnapped Florida Dog-Breeder Committed Traffic Violation so Police Would Pull Him Over: Officials

A Florida dog breeder had a lucky escape after he was kidnapped by three suspects and forced to drive a vehicle before managing to break free by intentionally driving erratically so that police would pull him over.

The unnamed Port St. Lucie man had “boasted” about his dog breeding business online, which captured the attention of the three suspects who drove all the way to the Treasure Coast to steal from him, the Martin County Sheriff’s Office said in a statement.

According to police, the three men had posed as interested dog buyers but when they arrived at the victim’s home, they instead assaulted him and demanded that he hand over large amounts of cash that he had allegedly flaunted on social media.

“The dangerous saga lasted nearly two days and moved from various locations before the suspects kidnapped the man then forced the victim to drive to a location which required them to travel through Martin County,” police said.

“Fortunately, it was at the same time our Traveling Criminal response team was on patrol monitoring the highways.”

According to police, the victim saw the deputy on the road nearby and intentionally committed a traffic violation in order to get pulled over by police so that he could ask for help.

“It worked. Once stopped, the victim who was afraid to say he was being kidnapped had a look of despair when the deputy gave him a warning and started to send him on his way,” officials said.

The quick-thinking victim then used a hand gesture to let the officer know that he was in trouble and the officer ordered the man to step away from the vehicle while the three men remained sitting inside.

“Once hearing the victim’s story, the three suspects were placed into custody and the Port St. Lucie Police Department was called in,” the Martin County Sheriff’s Office said.

“Detectives there were able to verify his accounts and confirm that this was in fact a brazen kidnapping.”

After searching the vehicle used in the kidnapping, police discovered guns, knives, and large amounts of cash.

The sheriff’s office did not identify the victim. Port St. Lucie is about 40 miles north of West Palm Beach, Florida.

Suspects Tsdekiel Sellers, 22, of Atlanta, Benyahveen Radcliffe, 25, of Buffalo, and Kashaveeyah Bragdon, 22, of Tallahassee, were arrested and charged by the Martin County Sheriff’s Office with the unlicensed carrying of a firearm, possession of a controlled substance, and providing a false name.

Police said the men claimed that they were part of a group called the Israelites and said they went to Florida to meet women.