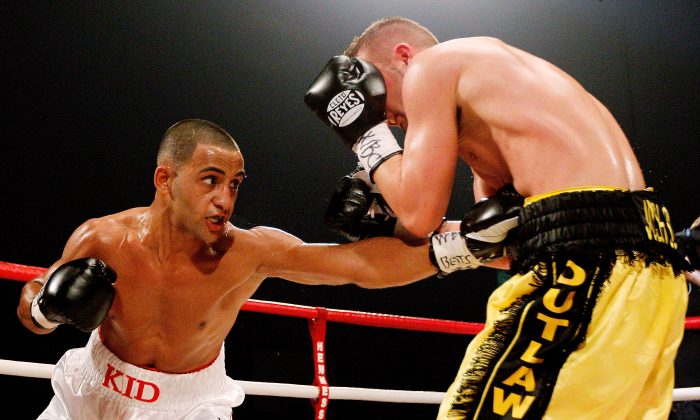 Kid Galahad takes on Sergio Prado in a fight for the vacant European super bantamweight title on Saturday, March 22.

It will be broadcast on Channel 5; a live stream doesn’t appear to be available.

“I’ve had the British, what Quigg had and now I’m going to have the European what Frampton had. Within 12 months I’ll be up there in the world rankings with them so they can’t try cut me out. They both know I have the style to beat them.” Kid Galahad told Livefight.

While Prado’s record isn’t as clean as Galahad’s he has been on a tear, going on a six fight undefeated streak stretching back to 2011.

“I’m expecting him to try and come out fast for the first four rounds,” Galahad said. “He’s going to try and land big shots because he probably thinks the only way he’ll win this fight is if he knocks me out. He can bang a bit and he looks really strong but on the night I’m going to be too quick, too clever and too good for him. When he gets in that ring he’ll realize that.”