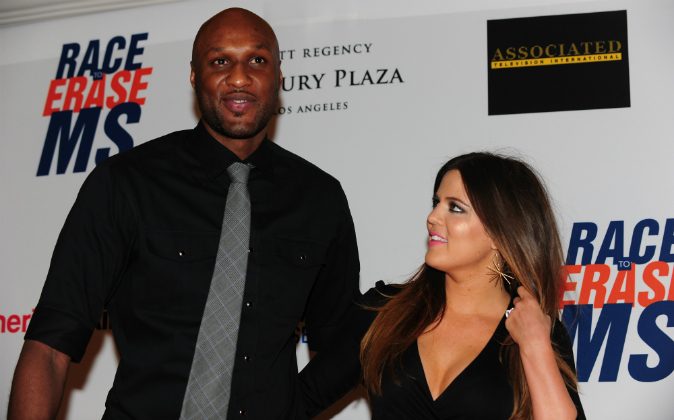 Khloe Kardashian on Lamar Odom Divorce: ‘I Am at Peace With That Decision’

“It was a challenge for me when I decided to get divorced. At my core, I don’t believe in divorce, but I came to a point in my marriage where I had to make the choice to take care of my own mental and emotional well-being in order to protect myself and my happiness,” wrote Kardashian in an candid letter for Lena Dunham’s Lenny newsletter.

The reality television star added, “I am at peace with that decision and do feel like I honored my vows to the very end. I feel that I kept the serious vows I made in front of God with every inch of my heart, which is why I am still honoring them today even though my relationship with my ex-husband is in a different place. I believe in caring for my partner—past or present—’in sickness and in health,’ and feel at peace with my relationship with God even after the fact.”

Despite divorce proceedings, Kardashian assumed the role as primary caregiver to Odom, who overdosed in a brothel in 2015.

“I was told he had four hours to live. I know it was very confusing to the world. Because I was with him, everyone thought we were getting back together. But there was no one else to make the important medical decisions,” she said in an interview with Shape magazine. “I had to be there to make sure he would survive. I learned that strength is how you handle the good and the bad, and the situation with Lamar was where I found my strength.”

A reconciliation between the pair is up in the air, and according to Odom, is possible.

“We did talk, you know, everything is [up for] discussion,” Odom said in an interview with Entertainment Tonight earlier this year. “We talk about anything. We’ve been through a lot. It won’t ever stop.”