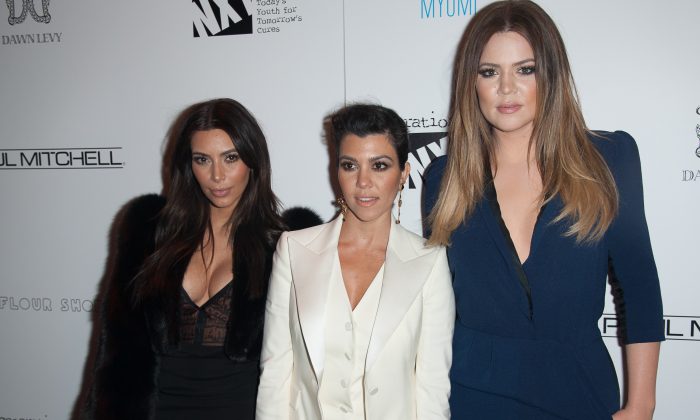 A recent photo uploaded to Instagram by Khloe Kardashian has prompted rumors that she might be expecting a child with rapper French Montana.

The photo shows her with her hand over her stomach. According to MTV.com, “Sure, it’s just a hand across her stomach, but in Insta-speak? That’s a classic ‘I’m pregnant’ pose! Remember when Beyoncé used that same pose to announce Blue Ivy’s baby bump existence at the VMAs in 2011?”

A few days ago, she also wrote on Twitter: “Trying to work off sympathy pregnant weight I’m gaining from Kourt lol” in response to a question as to why she’s awake so early. Her sister, Kourtney, is currently expecting another child with her husband.

Khloe didn’t caption the photo of her holding her stomach.

She and French Montana have been in a relationship for the past three months.

However, she talked to People magazine, saying that “I feel like I’ve been pregnant for six years,” she said, likely addressing the rumors. “I used to get offended, like, ‘Do I look fat today?’ or ‘Why are they saying that?’ But they just say it,” she added.

Celebrity Dirty Laundry, which frequently talks about celebrity pregnancies, wrote: “Sources close to Khloe also say that she’s never been happier, and she and French are so in love right now. It’s probably one of the few things in her life that’s cheering her up right now.” However, the site has a spotty track record for its predictions.