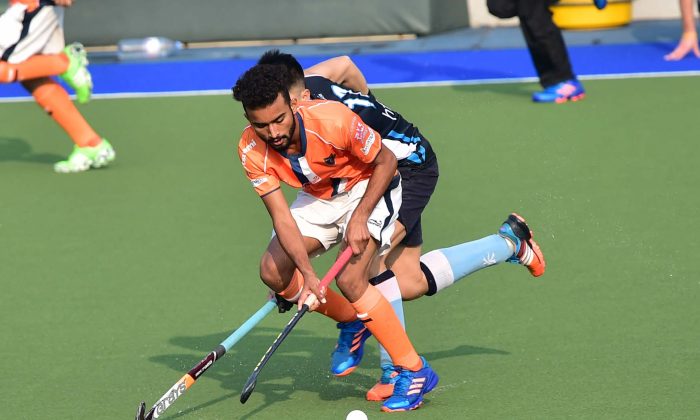 HONG KONG—When a team at the top of the standings beats the team just below it 8-3 one knows that it must have been a special match. Khalsa-A carried on the way they left off in their previous game when they came from 3-1 down to win 4-3 against 3rd placed team SSSC-A to regain the top of the table position. In that match they put on a high level performance in the last 20 minutes of play to win the match

Last Sunday (Feb12) at King’s Park Khalsa took on HKFC-A, in front of a big crowd of Khalsa supporters, Khalsa demonstrated why they are back leading the division. Although there are still 5 matches to go, Khalsa are now 4 points clear of both HKFC and SSSC.

The Khalsa display last Sunday was masterful. It was clear after the first 10 minutes of play, unless things changed dramatically, that Khalsa were onstream to win with some margin to spare over their nearest rivals at the top of the division.

HKFC were fielding a good side although they have recently lost William Glover (retired) and their Dutch player Koen Phijffer and were without Ben Sharples (injured). They also lost Michael Gee after 5 minutes of the match with a rolled ankle, so at that point they had to reorganize the team. They also suffered setbacks with 2 green cards for infringements during the match.

But to me this was one of the best displays of Premier hockey I have seen in Hong Kong since the 4 Olympians were here a few years ago. Khalsa dominated the match in every department from defense, ball distribution, individual skills, penetration ability and speed. They did so in the most admirable fashion, Manager-coach Gurcharn Singh has put together and honed another top team. The players are so fast that they can get back to help in defense even after penetrating runs deep into opponent territory.

It was quite normal to see 2, 3 or even 4 players defending against a single HKFC attacker – the attackers often had nowhere to go and the lightning speed of Khalsa players in stealing the ball and the subsequent evasion and distribution capability was uncanny. While HKFC were often in disarray, the whole Khalsa team kept its shape for the entire duration of the match.

The match was played fairly and in good spirit by both sides. But a further hallmark of Khalsa manager-coach Gurcharan Singh’s teaching is that every member of the team plays in an ethical and fair manner. Of course, they complain a little when they think a decision has been made incorrectly, but they accept decisions with dignity – this is the way the game should be played – maybe this is another reason for their success.

It is difficult to separate out the best performances in the match as all played superbly for the combined effort, but in attack Gagandeep Singh, Gaganpreet Singh, Barkat Singh, Inderpal Singh and Arshad Mohammad all excelled, but the skills of Sukhjeet Singh were particularly eye catching.

Gagandeep Singh opened the scoring for Khalsa after 24 minutes of play with a shot from the right of the circle but HKFC pulled the score level after gaining 4 penalty corners ending in a penalty stroke with Ishtiaq Ahmed converted after 20 minutes of the match.

Khalsa moved to 2-1 when a reverse stick shot by Sukhjeet Singh was saved by HKFC keeper but was subsequently sent goalward. Khalsa moved to 3-1, 7 minutes from half time when, after making several attacking efforts the ball came to Gagandeep who drove the ball into the net. Sukhjeet made it 4-1 just before the half time hitting into the net from a ball passed across goal by Inderpal.

Inderpal added the 5th goal 10 minutes into the 2nd half rounding the goalie to push the ball home, while the 6th was an amazing display when the ball was driven almost the entire length of the field picked up by Sukhjeet who passed several defenders before the ball came to Chow Ho Yin who scored with 24 minutes left on the clock.

HKFC hit back to 6-2 when Gus Allan tapped home from a pass to the far post with 17 minutes remaining. HKFC pulled another goal back from a penalty corner to make it 6-3 but Khalsa reciprocated with a penalty corner score for 7-3 and another combination by Sukhjeet and Inderpal made it 8-3, for the final score.

Khalsa lead Premier Division -A with 35 points, SSSC-A and HKFC-A are both on 31 points all from 13 games. Pak-A lead Division-B with 17 points while Valley-A are on 14 points.

Khalsa have a bye this week.