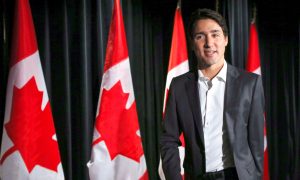 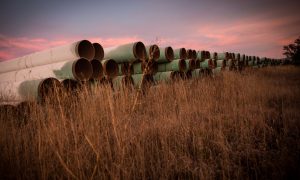 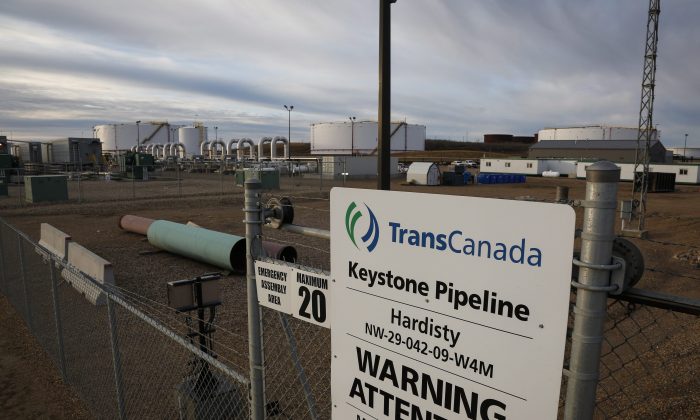 A sign is posted in front of TransCanada's Keystone pipeline facilities in Hardisty, Alberta, Canada, on Nov. 6, 2015. TC Energy Corp., formerly known as TransCanada, said it will go ahead with construction of the US$8-billion Keystone XL Pipeline after Alberta agreed to invest approximately US$1.1 billion as equity in the project. (Jeff McIntosh/The Canadian Press via AP)
Canada

Keystone XL To Proceed With Help From Alberta Government

TC Energy Corp. said it will go ahead with construction of the US$8-billion Keystone XL Pipeline after Alberta agreed to invest approximately US$1.1 billion as equity in the project.

The remaining $6.9 billion is expected to be funded through a combination of a $4.2-billion project level credit facility to be fully guaranteed by the Alberta government and a $2.7-billion investment by TC Energy.

“Strong commercial and financial support positions us to prudently build and fund the project, along with our existing $30 billion secured capital program, in a manner that is consistent with maintaining our strong financial position and credit metrics,” TC Energy chief executive Russ Girling said in a statement.

The 1,947-kilometre project will be able to carry 830,000 barrels per day of crude oil from Hardisty, Alta., to Steele City, Neb. where it will connect with TC Energy’s existing facilities.

The company formerly known as TransCanada says with pre-construction activities underway, the pipeline is expected to enter service in 2023.

Once the project is complete and in service, TC Energy expects to acquire the Alberta government’s equity investment under agreed terms and conditions and refinance the US$4.2-billion credit facility in the debt capital markets.

In a statement, Alberta Premier Jason Kenney said the project was essential for the province’s future prosperity.

“This investment in Keystone XL is a bold move to re-take control of our province’s economic destiny and put it firmly back in the hands of the owners of our natural resources, the people of Alberta,” Kenney said. “The Government of Alberta is confident that this is a wise investment.”

The project was first proposed more than a decade ago but has faced numerous hurdles and had been rejected by the Obama administration.

However, U.S. President Donald Trump has worked to revive the project and been a strong backer of the pipeline.

The news of the project’s green light comes at a time when Alberta’s resource sector has been faced with years of plummeting oil prices, and cancellation of different energy projects, with investors citing lack of certainty or regulatory burdens as causes.

In February, Teck Energy was the latest company to abandon it’s Canadian investments as it pulled the plug on development of its $20 billion Frontier oilsands mine.