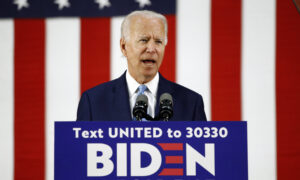 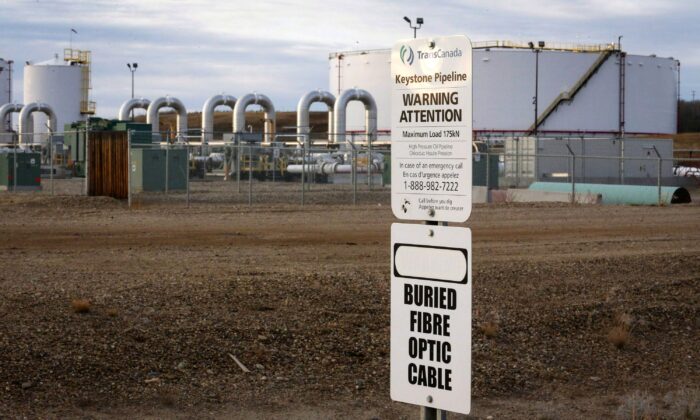 Keystone XL pipeline facilities are seen in Hardisty, Alta., in a file photo. The now-cancelled pipeline would have carried oilsands crude from Hardisty to the U.S. Gulf Coast. (The Canadian Press/Jeff McIntosh)
Canada

The decision by the Biden administration to cancel the permit for the Keystone XL pipeline continues to make waves, with the premiers of Alberta and Saskatchewan calling for retaliatory measures and holding out hope, while Canada’s ambassador to the United States says it’s time to move on.

U.S. President Joe Biden cancelled the US$8 billion project on his first day in office, fulfilling a campaign promise to rescind Donald Trump’s permit for Keystone XL, which would have linked Alberta’s oilsands with refineries on the U.S. Gulf Coast.

While the move was applauded by the environmental movement, it dealt a gut punch to Alberta and follows in the wake of several other pipeline projects that have been cancelled in recent years.

Elmira Aliakbari, associate director of natural resource studies at the Fraser Institute, says the cancellation will have considerable economic consequences while doing virtually nothing to reduce emissions.

“Clearly, this is a major blow to the energy sector that has suffered for years from the lack of adequate pipeline capacity,” Aliakbari said in an interview.

“The cancellation will result in billions in lost revenue for Canadian governments in the form of lower corporate income taxes and royalties,” she said, noting that the Alberta government has invested at least $1.5 billion in the project.

Aliakbari argues that by scrapping Keystone, the United States will have to increase its reliance on oil produced by unsavoury regimes, while harming relations with Canada and gaining little on the environmental front.

“Ironically, this cancellation will do little or nothing for the environment because it doesn’t lesson U.S. oil dependency. It is likely that U.S. refineries in the Gulf Coast will increase their reliance on other countries such as Venezuela and Russia for oil imports,” she says.

In response to the Biden administration’s move, Alberta Premier Jason Kenney has expressed his frustration with both Washington and Ottawa, calling the cancellation “disrespectful” to Canada and accusing the Trudeau government of abandoning the oil and gas sector.

He has called on Ottawa to either impose economic sanctions on the United States or demand compensation from Washington for Keystone owner Calgary-based TC Energy and the Alberta government.

Saskatchewan Premier Scott Moe, whose province a portion of the project would have crossed through, has said that despite the action taken by Washington, the project shouldn’t be considered dead yet and that economic sanctions as a retaliatory measure should be on the table.

Prime Minister Justin Trudeau spoke with Biden by phone on Jan. 22, during which he expressed his disappointment at the move and emphasized the importance of the bilateral relations between Canada and the United States and their mutual concerns over economic and energy security.

“It’s not always going to be perfect alignment with the United States; that’s the case with any given president,” Trudeau told reporters the same day.

Though some commentary has suggested that this move by Washington has potential to do noteworthy harm to an already-fractured relationship, Kenneth Green, a senior fellow with the Pacific Research Institute, says he doesn’t think that will happen given how significant the ties between the two countries are.

He also notes that, ideologically, the Trudeau government is more likely to be onside with the pipeline cancellation and the Biden administration’s broader environmental and economic agenda.

“The Trudeau government is quite left-leaning, so even if Prime Minister Trudeau expresses some regrets, the fact is he never wanted to see Keystone XL approved, or any pipeline at all for that matter. He is on record since he first became PM as saying that the oilsands were to be phased out,” Green told The Epoch Times.

“There may be some ruffled feathers over the timing of the Biden admin’s announcement—I gather that the Trudeau admin was expecting to have a more delicate process that would give them time to appear to fight for the pipeline—but that won’t be a serious obstacle to the relations between the [U.S. and Canadian] governments.”

Responding to the frustration over Biden’s executive order, Canada’s ambassador to the United States said that it’s time to move on from Keystone XL. The president will not reverse his decision, said Kirsten Hillman, and the focus should now be on “moving forward” and working with the administration on matters of mutual interest.

Stephen Blank, a specialist on North American economic integration and co-operation and a senior fellow at the Macdonald Laurier Institute, more or less agrees, saying that getting into a dispute with the United States over the issue would be “quite unwinnable.”

Blank says that, due to the changing economic landscape, it may be time to focus on deeper integration and innovation and move beyond an emphasis on natural resources.

“The real issue to me is if we’ll see basic structures of integration evolve in electronics and the automobile industry as new tech emerges, and if Canadians are well equipped to deal with it,” he says.

“At one point, Canadians were on the cutting edge of aircraft and that’s no longer the case. In terms of cellphones, Canadians at one point stayed at the forefront of innovation but I’m unsure if they’re able to keep up now. Canadian companies do well, but they’re often too small,” notes Blank.

“Canadians have to be good enough so that America and other big players have a staying desire to integrate with them,” he adds. “Canada needs to innovate in terms of its product and that’s why it needs integration.”