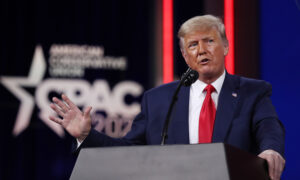 The House Intelligence Committee staff investigator who led the Russia inquiry that exposed malfeasance at the FBI and the DOJ related to the surveillance of Trump 2016 campaign associates told the Epoch Times on March 15 that there would be no closure until the responsible officials are indicted and prosecuted.

“For me, closure is synonymous with accountability,” Kash Patel, who led the House Russia inquiry in 2017 and 2018 before moving on to senior roles at the White House, the Office of the Director of National Intelligence, and the Department of Defense.

“So we either have that accountability in the form of the only place that can give it, which is a Department of Justice indictment, or we don’t. And I do think it’s that binary.”

Special counsel John Durham is reportedly continuing a criminal inquiry into the origins of the FBI’s Crossfire Hurricane investigation. Durham has handed down one indictment to date, which has resulted in the conviction of former FBI attorney Kevin Clinesmith. Patel believes that falls far short of the scope of wrongdoing he and his colleagues uncovered.

“We got 14 individuals fired, resigned early or retired early, as a result of our investigation on House Intel, because of the malfeasance we showed they committed,” he continued. “So there’s some measure of accountability from a congressional standpoint, because that’s what congressional oversight is supposed to do. But for the American public, and, quite frankly, me, there’s no accountability unless you can exact the same punishments over those that committed this conduct internally as they do to others externally.”

Patel’s work on the House Intelligence Committee culminated in the release of the report on Russian active measures in March 2018. Two months prior to the report’s release, the committee Republicans voted to release the so-called Nunes memo, which summarized the findings about the FBI’s use of the infamous Steele dossier to secure warrants to surveil a former Trump campaign adviser.

Patel’s team discovered that the Clinton 2016 presidential campaign ultimately paid for the dossier and that the FBI failed to disclose that fact to the Foreign Intelligence Surveillance Court. The bureau also failed to disclose the overt bias of the dossier’s author, former British intelligence operative Christopher Steele, who was, according to an associate, “desperate” that then-candidate Trump not be elected president.

Considering the amount of money that changed hands and the number of players involved, including top officials at the FBI and DOJ, Patel finds it hard to believe that Clinesmith, the convicted FBI attorney, was a lone wolf.

“For someone who worked at DOJ, part of the reason I left was the lack of internal accountability for when prosecutors breach the public trust that they’ve been bestowed. The most common example is a Brady violation—exculpatory evidence,” Patel said.

“We found that time and again in the Russiagate investigation that the FISA (Foreign Intelligence Surveillance Act) court was not told of exculpatory evidence as it related to multiple individuals involved in that FISA package,” Patel said, referring to the FISA warrants secured against former Trump campaign advisor Carter Page. “It’s unfortunate and I hope there’s more, but I don’t know.”

Former Deputy Attorney General Rod Rosenstein told Congress last year that he would not have signed the FISA applications on Carter Page if he knew what he knows now. The Department of Justice Office Inspector General found 17 significant errors and omissions in the Page FISA applications, implicating every official involved in the process.

The Crossfire Hurricane investigation evolved into the special counsel probe headed by Robert Mueller, who after 22 months found no evidence of collusion between the Trump campaign and Russia. Patel arrived at the same conclusion long before Mueller. Every one of the nearly 60 witnesses his team interviewed said they had no evidence of collusion, conspiracy, or coordination.

Patel said he has a number of people in mind, both in the private and public sectors, who he would bring charges against if he were in the Department of Justice. Whether anyone faces charges is ultimately up to Durham, he said.

“I hope he does, because it’s the one thing that really separates us from almost the rest of the world … our ability to hold even our own officials at the highest levels accountable when they break the law,” Patel said. “And I’m hoping we get there.”