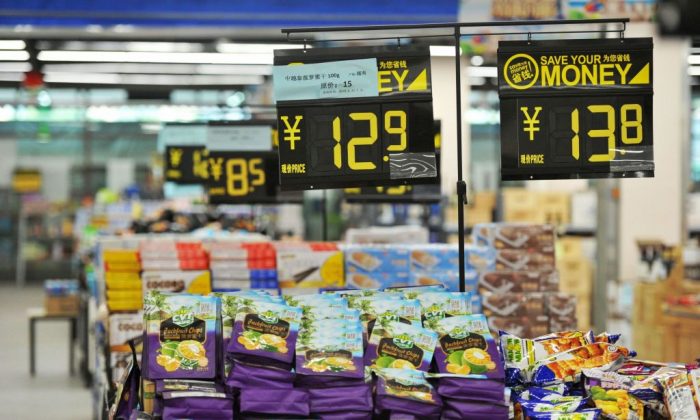 China resorts to predatory trade and investment practices and should be held accountable for its bad behavior, according to two key House Republicans.

“China does not share our values. We have long seen this in their human rights record, but now it is obvious in their trade policies,” Rep. Ted Poe (R-Texas) said on July 11 in his opening statement at a hearing on China’s predatory trade and investment strategy.

The Trump administration has imposed tariffs on Chinese goods to tackle decades-long predatory practices that cost the U.S. economy hundreds of billions of dollars. The tariffs target mainly Chinese technology products that benefit from state-backed industrial policies, including the “Made in China 2025” program.

The Chinese regime unveiled its 2025 blueprint three years ago, announcing the goal of achieving dominance by 2025 in 10 high-tech industries, including advanced information technology, robotics and automated machine tools, and aircraft.

“Just as the Chinese Communist Party does not want rivals at home, it wants a fixed global system that assures its dominance,” said Poe, who is also the chairman of the House Foreign Affairs Subcommittee on Terrorism, Nonproliferation, and Trade.

“This includes surpassing the United States as the leading economic, political, and military power.”

Although Beijing has started downplaying its Made in China 2025 plan, there is evidence that China does not intend to give up on its ambitions.

The regime is putting enormous pressure on Chinese companies to increase domestic production of core technologies by up to 40 percent by 2020 and 70 percent in 2025. As recently as June, China was still going after American technology.

According to media reports, the American chipmaker found itself targeted after it turned down an acquisition offer. Fujian and its Taiwanese partner collaborated to lure Micron employees to steal company secrets, Micron claimed.

China should act honorably and follow the rules, according to Rep. Ted Yoho (R-Fla.), who chairs the House Foreign Affairs Subcommittee on the Asia and the Pacific.

“We want to see China succeed more than they already have but we want them to do it honorably, not through coercion, not through cheating,” Yoho told NTD, part of the Epoch Media Group.

“But if they don’t we’re going to push back,” he continued. “And I stand 100 percent with President Trump to help balance the U.S. trade deficit.”

The Trump administration imposed tariffs on $34 billion in Chinese goods on July 6. China quickly retaliated with tariffs of its own.

In response, Trump administration announced on July 11 its plans to impose 10 percent tariffs on an additional $200 billion of Chinese imports, escalating the trade tensions with Beijing. The tariffs could take effect by the end of August. China, however, has shown no sign of changing course.

According to Poe, tariffs are one way for Trump to stop China’s “illegal and improper conduct.”

“We have to be in it for the long haul and not be bluffing,” he told NTD.

China is not willing to come to the table yet and will try to use all tactics to make life difficult for American companies, according to Robert Atkinson, president of Information Technology and Innovation Foundation, a think tank that focuses on innovation.

They can investigate companies for bogus antitrust violations and deny permits to U.S. companies, he said.

And the Chinese regime has other means. “You hear stories where the import inspectors in China are keeping things from coming in,” Atkinson said.

“There’s a certain point at which the Chinese government will suffer a lot of pain. They’re more dependent upon exports than the United States are.”

In the medium to long term, he thinks companies may move their supply chains to places like Vietnam or India.

“China doesn’t have an infinite amount of ability to handle that,” he said.

In addition to its 2025 blueprint, the Chinese regime launched in 2013 the One Belt, One Road initiative, which aims to boost infrastructure and partnerships across Asia, Africa, and Europe. The project aims to revive and modernize the ancient Silk Road.

According to Poe, the initiative is a debt trap for developing economies.

China fools vulnerable nations by providing them with massive loans, he said, adding that nearly 90 percent of the construction work goes to contractors, workers, and suppliers in China.

“This results in countries being forced to side with China’s interests or accepting a Chinese military presence.”