Collins, Murkowski Say It's Too Early to Make Decision on Hunter Biden Testifying in Trial
0 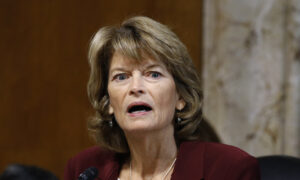 Murkowski Wants to Hear Impeachment Case Before Deciding on Witnesses
0 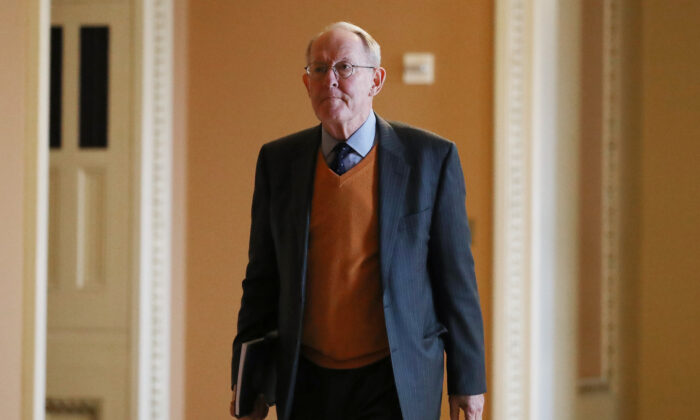 Sen. Lamar Alexander (R-Tenn.) walks on his way to enter the Senate chamber in the U.S. Capitol in Washington, on Jan. 24, 2020. (Mario Tama/Getty Images)
Impeachment Trial

Sen. Lamar Alexander (R-Tenn.) announced late Thursday that he will vote against allowing additional witnesses and documents in the Senate impeachment trial.

In a lengthy statement, he wrote that there is “no need for more evidence to prove something that has already been proven and that does not meet the United States Constitution’s high bar for an impeachable offense.”

Expanding on his statement, Alexander wrote: “There is no need for more evidence to prove that the president asked Ukraine to investigate Joe Biden and his son, Hunter; he said this on television on October 3, 2019, and during his July 25, 2019, telephone call with the president of Ukraine.”

Alexander also said there was “no need for more evidence to conclude that the president withheld United States aid, at least in part, to pressure Ukraine to investigate the Bidens,” noting that “House managers have proved this with what they call a ‘mountain of overwhelming evidence.’”

The senator also said that there is no need to consider the second article of impeachment—obstruction of Congress—which he says “would remove the president for asserting his constitutional prerogative to protect confidential conversations with his close advisers.”

Alexander wrote that “even if the House charges were true, they do not meet the Constitution’s ‘treason, bribery, or other high crimes and misdemeanors’ standard for an impeachable offense.”

The senator also called out the impeachment efforts as “partisan” and said that if the impeachment were to succeed, it would “rip the country apart” and “create the weapon of perpetual impeachment to be used against future presidents whenever the House of Representatives is of a different political party.”

Alexander is set to retire from Congress at the end of the year after having served three terms. His latest announcement means that Democrats will be less likely to have enough votes to be able to call former national security adviser John Bolton to testify, among other witnesses.

The 100-member Senate has 53 Republicans and 47 Democrats. Senate Democrats need four Republicans to join them to win the vote on allowing additional witnesses and documents. Lamar was considered a key swing vote, next to Sen. Lisa Murkowski (R-Alaska).

Murkowski indicated she is undecided. “I am going to go reflect on what I have heard, re-read my notes and decide whether I need to hear more,” she said late Thursday.

Other key Republicans, Sens. Susan Collins (R-Maine) and Mitt Romney (R-Utah), have indicated they will vote in favor of witnesses.

In a statement, Collins wrote: “If this motion passes, I believe that the most sensible way to proceed would be for the House Managers and the President’s attorneys to attempt to agree on a limited and equal number of witnesses for each side. If they can’t agree, then the Senate could choose the number of witnesses.”

A vote on witnesses is expected to be held on Friday.