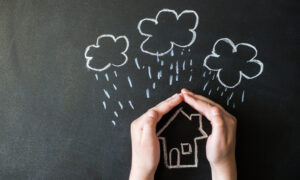 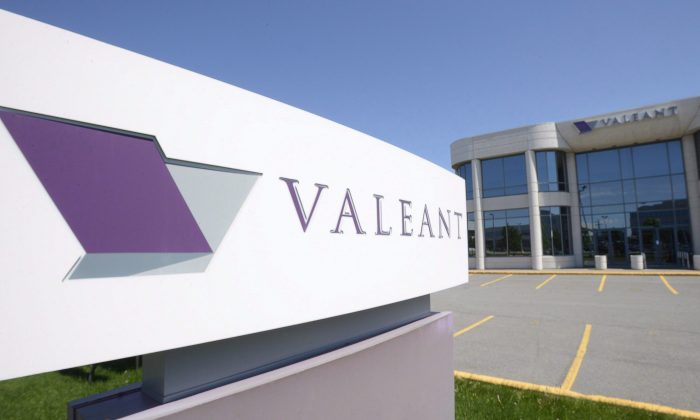 The head office and logo of Valeant Pharmaceuticals in Montreal. (The Canadian Press/Ryan Remiorz)
Business

LAVAL, Que.—Valeant Pharmaceuticals made blockbuster acquisitions to become one of Canada’s most valuable companies. But in recent months, it has had to fend off a number of controversies that have dealt a blow to its reputation, eaten away at its stock value, and raised questions about whether it’s become too big for its own good.

On Monday, the Quebec-based drug giant announced the departure of CEO J. Michael Pearson and said it had asked Howard Schiller, its board director to resign, but he refused.

Here is a look at the rise and fall of Valeant Pharmaceuticals:

September 2010: Valeant, formerly based in California, merges with Canadian drugmaker Biovail. The company moves to Canada and incorporates under the name Valeant.

November 2014: The company ends its hostile takeover bid for botox maker Allergan, which was eventually bought by rival Actavis.

March 2015: Pershing Square announces it has taken a 5 percent stake in Valeant.

April 2015: Valeant completes its US$11 billion purchase of Salix Pharmaceuticals.

Feb. 2, 2016: U.S. federal lawmakers release documents that show how executives at Valeant hiked prices to maximize profits from drugs used to treat patients with heart problems and conditions like AIDS and cancer.

Feb. 4, 2016: Schiller testifies in front of a U.S. congressional hearing regarding the company’s pricing practices. He says he froze all of Valeant’s price increases when he took over as interim CEO in January, and the company will focus on more modest price increases in the future.

Feb 22, 2016: Valeant announces it needs to restate its financial results for 2014 and 2015. It says it reported US$58 million in sales to Philidor at the wrong time and that the revenue should’ve instead been recognized as revenue when the products were dispensed to patients. Later that day, Moody’s Investor Service downgrades its outlook for the company to negative from stable.

Feb. 29, 2016: Valeant confirms it is under investigation by the U.S. Securities and Exchange Commission.

March 15, 2016: The company’s stock plunges by nearly 51 percent following a disappointing earnings report, closing at CA$45.14 on the TSX. More than $15 billion in share value is lost.

March 21, 2016: Valeant announces Pearson is leaving as CEO. Schiller, the former chief financial officer, refuses a request to resign as board director.