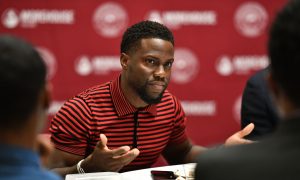 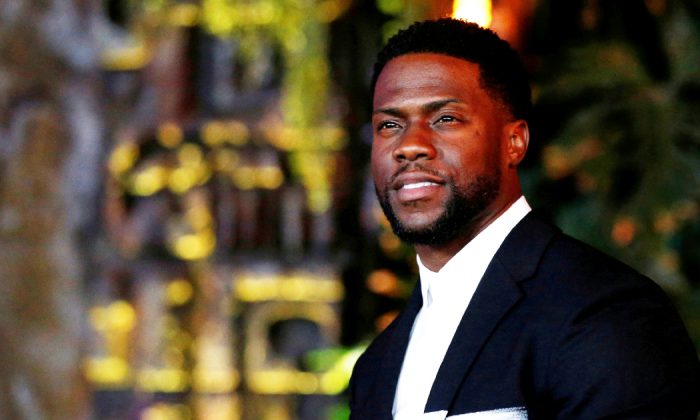 Kevin Hart poses at the premiere for "Jumanji: Welcome to the Jungle" in Los Angeles, California, on Dec. 11, 2017. (Mario Anzuoni/Reuters)
Entertainment News

Comedian Kevin Hart has reportedly been discharged from hospital 10 days after he was involved in a car crash which left him with three spinal fractures.

According to a Sept. 11 TMZ report, the 40-year-old is now doing intense physical therapy at a live-in rehabilitation facility where he is recovering from his back surgery.

Sources told the outlet that the celebrity said he is “grateful to be alive” after the Sept. 1 accident, which saw his 1970 Plymouth Barracuda roll down an embankment just minutes from his home, near Mulholland Highway and Cold Canyon Road.

Friends Jared Black and Rebecca Broxterman were also in the vehicle at the time of the crash.

Black lost control of the comedian’s vintage electric blue Plymouth Barracuda, according to People magazine. In an Instagram post in July, Hart said he bought himself the vehicle for his 40th birthday.

Hart was able to exit the vehicle after the crash and get medical attention at his home, before making his way to Northridge Hospital Medical Center.

However, the driver and fellow passenger Rebecca Broxterman were trapped inside the car, according to reports. Broxterman reportedly sustained minor injuries, while Black was pinned under his seat next to the roof and also suffered back injuries, officials told TMZ.

“Two of the three occupants were trapped inside,” the California Highway Patrol (CHP) told the LA Times. “The remaining occupant and the owner of the vehicle, Kevin Hart, left the scene to his nearby residence to get medical attention.”

Sources told TMZ Hart is expected to stay at the live-in facility for about a week, and the aim is to get him back home “as soon as possible,” so he can start outpatient care.

Earlier this week, Dwayne “The Rock” Johnson said on the “Kelly Clarkson Show” that Hart is “doing very well” and was lucky he was “strapped in nicely to his car seat.”

“He’s bummed he couldn’t be here, as you know. But look, I love the guy. He’s one of my best friends. And honestly, thank God. It could’ve been a lot worse,” Johnson explained.

“So he’s a lucky man and I’m so happy [he’s OK]. And he knows it too. I wish him the best and speedy recovery and I’m gonna see him soon.”

Tests confirmed the driver, 28, wasn’t under the influence of drugs or alcohol at the time of the crash, according to the CHP.

A CHP spokesman told Yahoo that officials are looking at whether excessive speed factored into the crash.