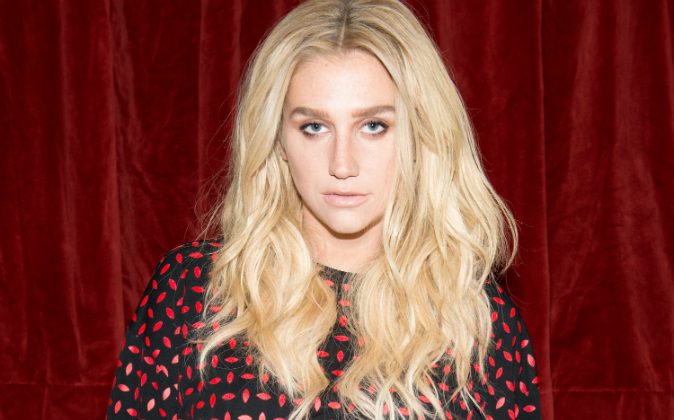 Pop singer, Kesha now stands alone in her legal battle against Dr. Luke—her mother, Pebe Sebert has dropped her own lawsuit against the record producer, according to E! News.

“The litigation with Dr. Luke has been a nightmare for Mrs. Sebert and her family,” Pebe Sebert’s attorney said in a statement to E! News. “She has decided to move on and find peace and forgiveness in her heart rather than dwelling in the cancerous past of an ongoing lawsuit with no end in sight.”

Kesha, real name Kesha Sebert has alleged she’s endured sexual abuse and intimidation for nearly a decade at the hands of the man behind her hit single, “Tik Tok.”

According to court papers, “Ms. Sebert took the pills and woke up the following afternoon, naked in Dr. Luke’s bed, sore and sick, with no memory of how she got there. Ms. Sebert immediately called her mother and made a ‘fresh complaint,’ telling her that she was naked in Dr. Luke’s hotel room, she did not know where the clothes were, that Dr. Luke had raped her, and that she needed to go to the emergency room.”

Lukasz “Dr.Luke” Gottwald has long denied the claims, once referring to the singer as a “little sister.” He sued both Seberts for defamation of character; Pebe countersued for emotional distress as a result of Kesha’s sufferings.

It has been an uphill battle for the 29-year-old singer against the record producer.

A New York judge dismissed her claims earlier this month, citing an expired statute of limitations and insufficient evidence.

Though Kesha has claimed a decade of abuse, Justice Kornreich said during the April 6 ruling that “she describes only two specific instances,” and “supplies no dates or specifics,” when referencing instances of abuse that is said to have happened after 2005 and 2008.

But Kesha has remained consistent, even claiming she was “offered freedom” if she recanted her allegations.

The singer uploaded a makeup-free selfie to Instagram with the caption: “I would have to APOLOGIZE publicly and say that I never got raped, THIS IS WHAT HAPPENS behind closed doors. I will not take back the TRUTH. I would rather let the truth ruin my career than lie for a monster ever again.”

However, Pebe has decided to throw in the towel, a gesture viewed as an admission of guilt from Dr. Luke’s lawyers.

“Pebe Sebert’s voluntary withdrawal of all her claims against Dr. Luke is her acknowledgement that her claims are meritless,” Dr. Luke’s attorney told The Hollywood Reporter. “Dr. Luke’s defamation and other claims continue against Pebe and Kesha Sebert.”