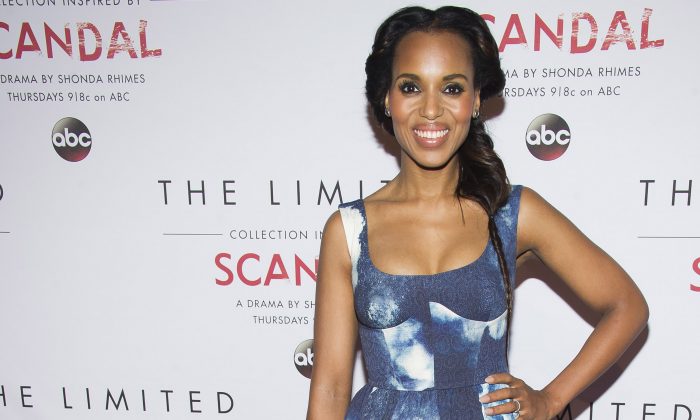 Kerry Washington, the star of ABC’s Scandal, is rumored to be having marriage troubles with her husband, former Oakland Raiders and Philaldelphia Eagles cornerback Nnamdi Asomugha.

“Washington rarely talks about her marriage or the couple’s 7-month-old daughter Isabelle. Many suspect the Scandal star is just protecting her family’s privacy.

But an insider told OK! that even though they’ve been married for over one year, Washington has “spent very little time” with her hubby, hinting that even if they were more open, Washington and her former footballer husband wouldn’t have much to tell about their relationship since they are rarely together.”

Washington and Asomugha had their first child in May.

And about a year ago, there were rumors that the two were having marriage difficulties.

When the two got married, Washington said she prefers to keep her personal life private.

“I hate keeping secrets; that is the worst thing for me, because I always want to talk about it,” Washington told E! last year. “I am really private about my personal life.”

She added: “I am giving all that I can in my work….So my work belongs to everyone—because that’s the choice I made—and my life belongs to me.”