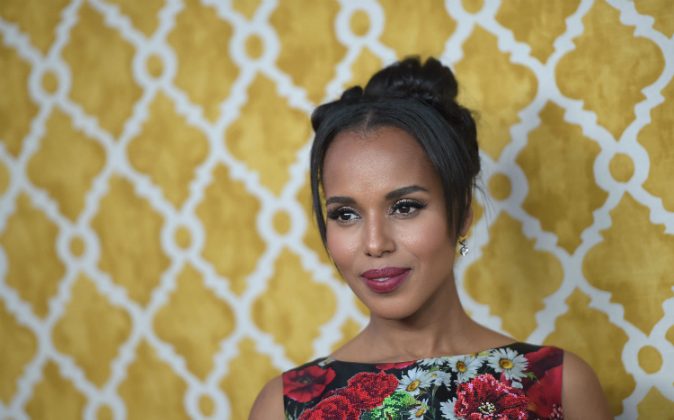 Kerry Washington Is Pregnant With Baby No. 2, Says Report

Kerry Washington is going to be a mommy for a second time around.

The couple already has a 2-year-old daughter named Isabelle, who they’ve kept out of the spotlight.

“I will say I feel really, really blessed,” Kerry raved to the “Los Angeles Times” in one of her very first interviews postpartum. “I just feel really blessed that I’m kind of living extraordinary dreams come true in my work life and in my personal life.”

Washington, who attended the White House Correspondent Dinner on April 30 donned a black Victoria Beckham dress, didn’t display a baby bump. She is scheduled to make an appearance at tonight’s Met Gala, where perhaps fans will get a glimpse of her growing stomach.

Fans offered congratulatory tweets regarding the news, while some had an inclination based on her choice of clothing for the Correspondent Dinner.

I had a feeling she was when I saw her dress at the WHCD. @enews

@enews I knew it too.

@enews Knew it! Could tell by the loose fitting black dress she wore this weekend. Congrats to her & her husband!

The 39-year-old actress appeared on “Good Morning America” on May 2, where she discussed her role as brand ambassador of Neutrogena.

“Neutrogena has this great campaign about choosing skin health,” said Washington, noting today is Melanoma Monday. “The fact that we can really educate people to use SPF, to use sunblock to protect themselves, to avoid having to deal with this [skin cancer]—I feel proud to be a part of that initiative, that movement.”