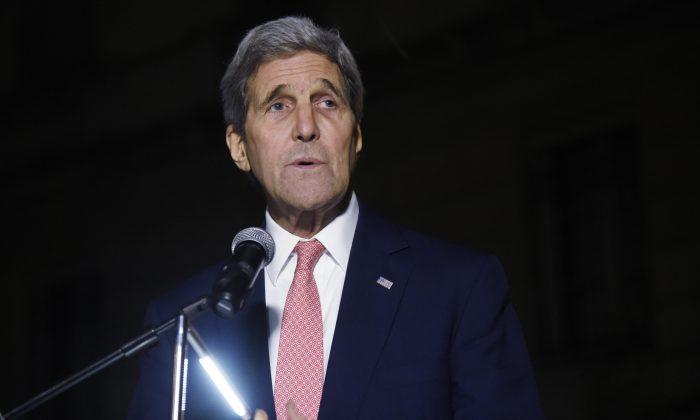 Kerry in Paris to Show US Support for France After Attacks

Kerry landed in the French capital under unusual security precautions that precluded journalists accompanying with him from reporting his planned visit—believed to be the first such restriction for a secretary of state’s travel to a European capital.

However, shortly before Kerry’s plane touched down in Paris, French President Francois Hollande’s office made public his schedule for Tuesday, which included a morning meeting with Kerry. There was no immediate U.S. response to the apparent breach.

Saying the United States and France were “not only friends, we are family,” Kerry vowed to keep up the fight against the Islamic State group.

Kerry said the conflict against the Islamic State militants is not a clash of civilizations.

“They are in fact psychopathic monsters. There’s nothing civilized about them,” Kerry said.

Kirby said Kerry will reiterate America’s commitment to the strong U.S.-France relationship, express condolences to the victims of the attacks and reiterate the shared resolve to counter violent extremism in France and elsewhere.

When Kerry finished speaking, the U.S. Embassy’s main building was lit in the French blue, white and red.